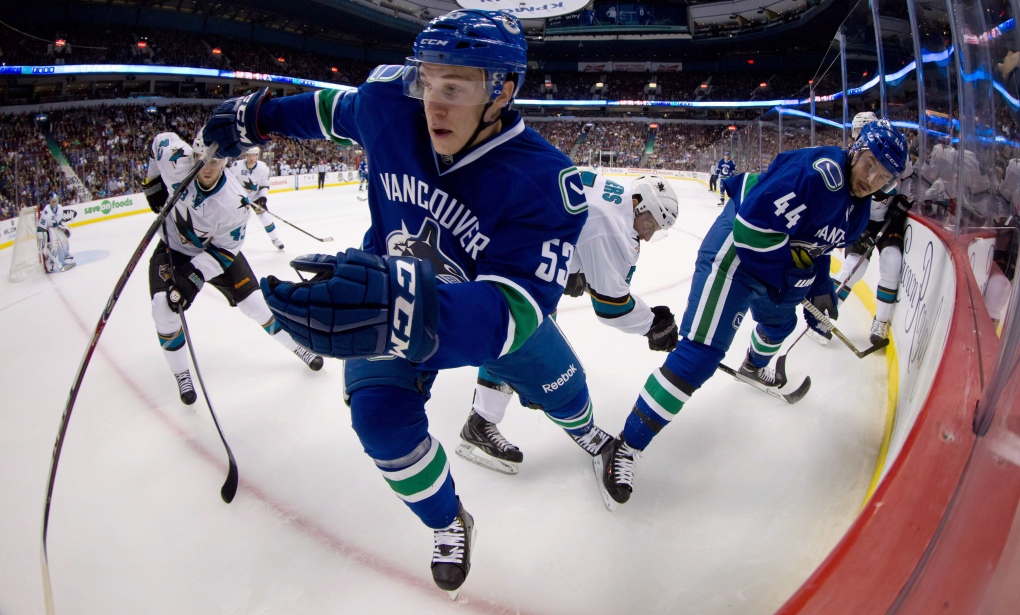 VANCOUVER -- Bo Horvat has been named the newest captain of the Vancouver Canucks.

The team made the announcement Wednesday night in a special ceremony ahead of the Canucks home opener against the L.A. Kings.

Vancouver went without a captain last year following the retirement of long-time leader Henrik Sedin and his twin brother, Daniel, at the end of the 2017-18 season.

Instead, the team used a rotating crew of assistants last season, including Horvat.

There's long been talk that Horvat would take on the role, but the 24-year-old centre said he's put the team's leadership to the back of his mind and is focused instead on playing his best hockey.

"Even to be in consideration is very humbling for me. At the same time, no matter if I'm wearing a 'C' an 'A' or no letter at all, for me, I'm just going to be the same person and just try to help my team win every single night," he said.

"If it does happen, I'm going to embrace it and run with it and try to be the best leader I can."

The London, Ont., native said he learned a lot about leadership while playing with the Sedin twins, including the importance of leading by example and making sure guys are comfortable approaching him about anything.

"They were just complete pros on and off the ice. Definitely learned a lot from them," he said.

Horvat was drafted 9th overall by the Canucks in 2013 and became a regular fixture in the lineup in the 2014-15 season.

He becomes the 14th captain in the franchise's history.

"Most of the young guys who come in, they're good hockey players, they want to score or they want to play well," the former captain said. "But then there's some guys who have that extra dimension to them. They see more of a big picture and you can see that they think differently than most guys. And he's been one of them, for sure."

The young centre will have to have the guts to be honest with media about how the team's really playing, Sedin said.

But his advice for Horvat was simple.

"Be yourself. He got picked because he is who he is," Sedin said. "They know him and he doesn't have to change."