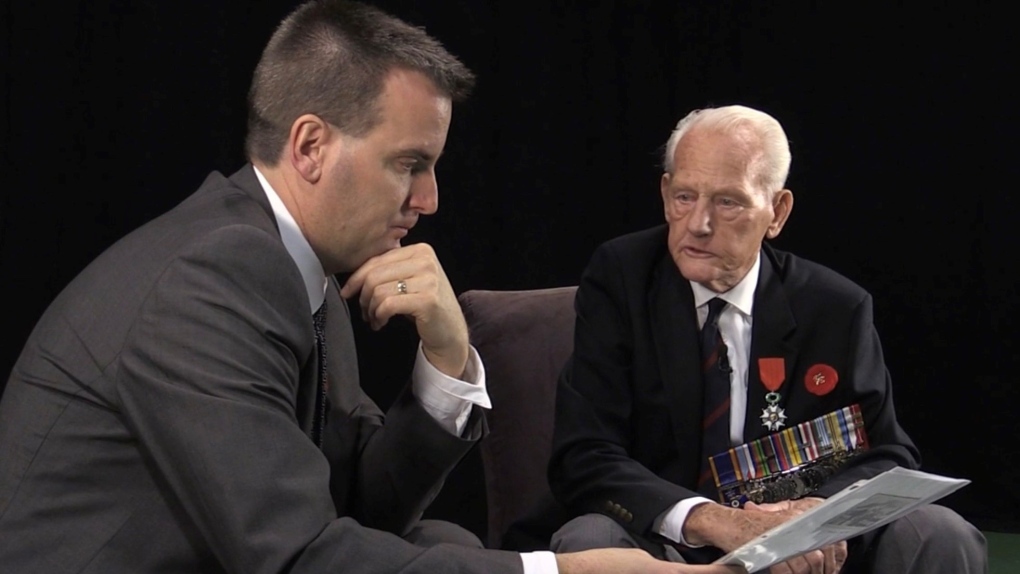 LONDON, ONT. -- With London’s Remembrance Day service limited by COVID-19 restrictions, planning continues to ensure the event is handled with grace at the Victoria Park cenotaph.

One step was confirmed Tuesday, as a Second World War soldier will be given a special honour to represent all veterans.

Pete Schussler has been selected as the honorary parade commander for the event. Schussler, 95, served in heavy action late in the war in the Netherlands.

He later became a career solider, serving in the Korean War and in peacekeeping.

CTV London featured Schussler in 2016 two-part interview which will be re-broadcast as Remembrance Day 2020 approaches.

By telephone Tuesday, Schussler stated he is thrilled to represent all senior veterans as COVID-19 restrictions greatly limit in-person crowds. Still, with few Second World War and Korean War veterans with us, Schussler is upset COVID-19 has impacted Canada’s most valiant citizens.

"It is a crying shame, they will be denied that particular moment in time, they so deserve," he stated.

Randy Warden, the chair of London’s Remembrance Day steering committee expects the plans for London’s ceremony to be finalized this week. But in September, he confirmed no parade will be held this year.

Further, he says the ceremony at the cenotaph will reflect COVID-19 gathering restrictions. The restriction is currently set at 25.

Warden added that all Londoners will be encouraged to watch from home or work to pay their respects.

CTVnewslondon.ca will be streaming the service on November 11.