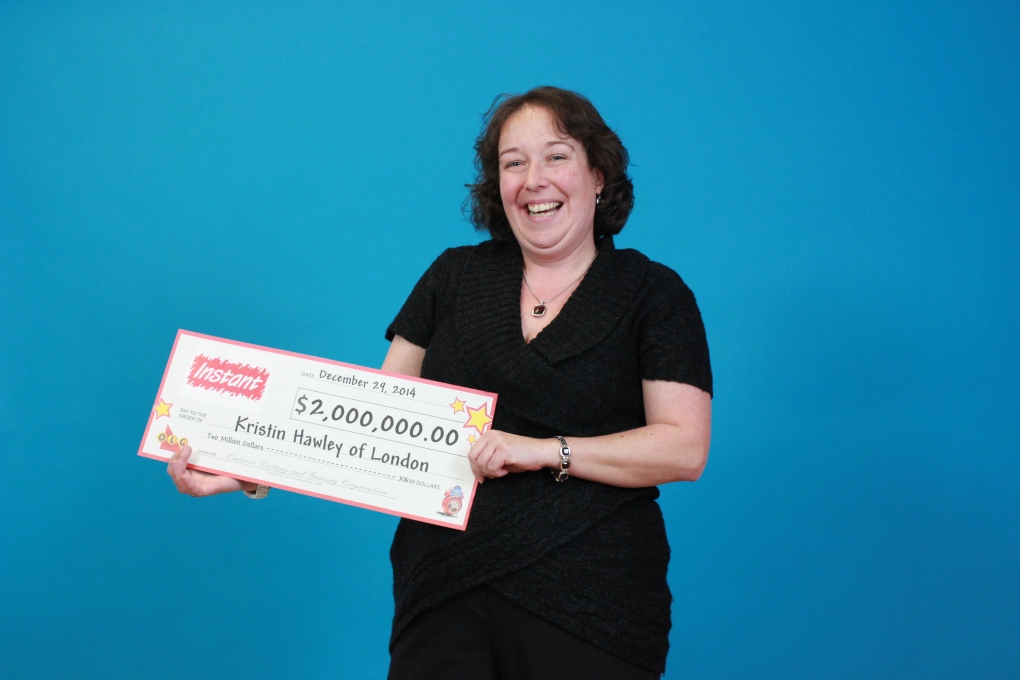 Kristin Hawley of London, Ont. picks up her lotto winnings at the OLG Prize Centre.

Kristin Hawley is celebrating after winning $2 million in the Instant $200 Million$ Extraordinaire lottery.

When Hawley went to claim her winnings she told the OLG, "I decided to buy a ticket when I was at the store Christmas Eve...I scratched the ticket when I got home. I couldn’t believe my eyes!”

She told officials she then headed to the store with her dad to validate the ticket and was "excited but calm."

Hawley plans to buy a house with her windfall, as well as putting some money aside for her chilren and the rest in savings.

The winning ticket was purchased at Mac’s on Jalna Boulevard in London.

An Instant $200 Million$ Extraordinaire ticket is $20 per play and the top prize is $2 million.