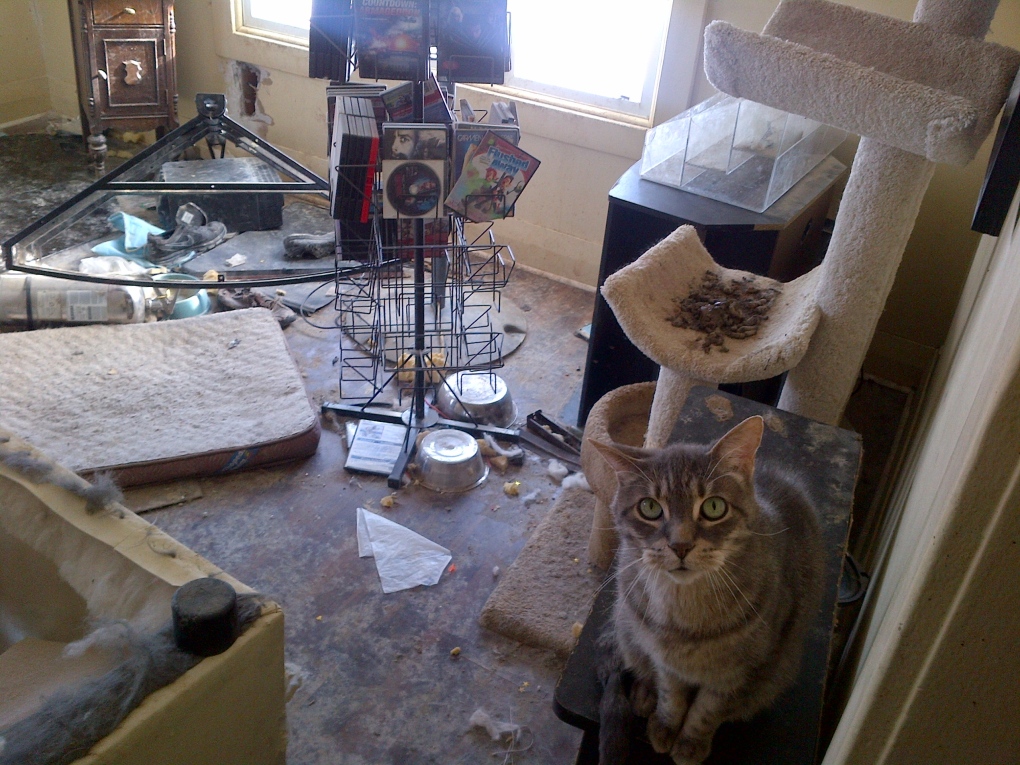 A court photo provided by the London Humane Society shows the terrible conditions where 19 animals were found living in January 2014.

A London woman has pleaded guilty to three counts after 19 dogs and cats were seized from terrible conditions last January.

The London Human Society took seven dogs and 12 cats in from extremely unsanitary conditions in an abandoned home with minimal access to food and no access to water.

LHS investigators found the animals were in terrible physical shape and had been living in a home full of fecal matter, rotting garbage and hazardous debris.

Judy Foster, LHS executive director, says, “People need to realize that though they think they are helping these animals, by having so many it is truly impossible to provide adequate care...Aside from these animals not being provided with food and water, they were deprived of veterinary care and many were suffering from chronic ailments.”

She was sentenced to three years or probation and a 15-year prohibition that bans her from owning, caring for and living in the same residence as an animal.