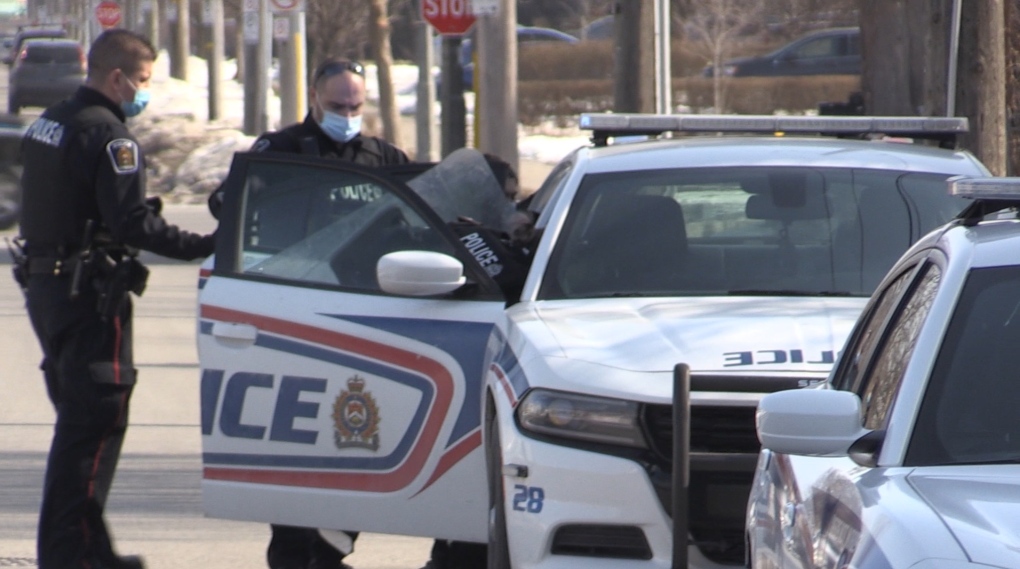 A woman is placed in a London police cruiser at 241 Simcoe Street on Wednesday, March 3, 2021. (Daryl Newcombe / CTV London)

The call came in shortly before 10 a.m. for reports of a person injured at 241 Simcoe Street.

Police arrived on scene to find a woman suffering from serious but non-life threatening injuries. She was taken to hospital.

Police arrested a 20-year-old London woman and has been charged with assault with a weapon.

The victim and the accused are known to each other.

The accused will appear in court on May 20.