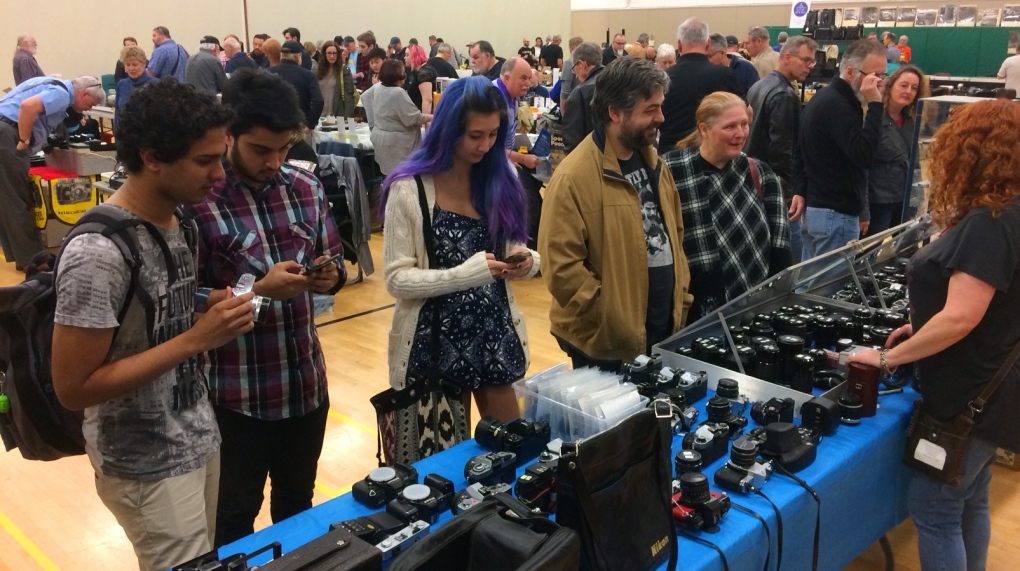 Everything old may be new again, or in this case, everything old is generating renewed interest. The fourth annual London Vintage Film Camera Show today is drawing a steady stream of film fans to the Carling Heights Community Centre.

Show director Maureen Tucker estimates that one third of the 400 people who have attended aren’t even old enough to remember when film was the only option for image capture. “We have a large number of young people coming, and that’s something you tend not to see at the Toronto show, but London draws a younger crowd.”

Tucker says there are only about three or four of these shows in Canada, and London’s is now among the largest. The show began four years ago with about five tables.