On any given day it’s not hard to find out what’s happening in the major, mainstream sports. But what about those sports that don’t have the same high profile, star players, or commercial sponsors as the likes of hockey, baseball, or golf?

That’s where the London Thrashers come in.

The senior women’s lacrosse team is on a mission to build up their sport, and in particular, the sport for women.

“It makes you feel good, and there’s no better feeling than coming to play lacrosse, or play a game,” said Skye Antone. A member of the Thrashers, she was at Lambeth arena Wednesday evening taking part in an exhibition match against the Hamilton Lady Bengals. “Even just practice, it feels good to just pass the ball around,” she added. 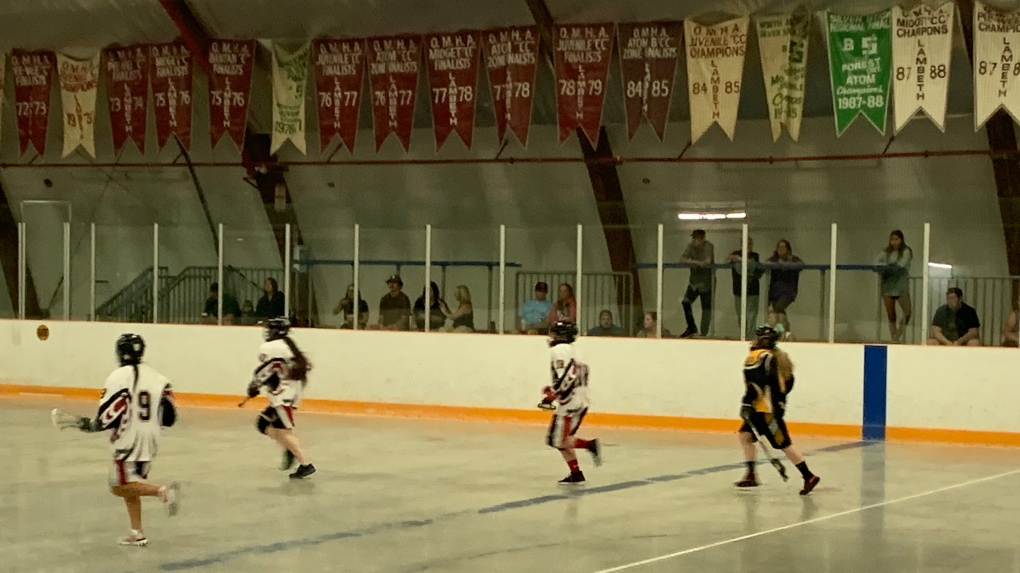 London Thrashers lacrosse team at Lambeth Arena in London, Ont. on Thursday, June 30, 2022. (Bryan Bicknell/CTV News London)The 26-year-old is one of 25 women on the Thrashers’ roster. The team is part of the Women’s Major Series Lacrosse League. They play games across the province throughout the summer, with the championships held in August. General Manager Karie Wells started the team in 2018. She said they’re trying to work their way out of the shadow of the men’s game.

“We’re trying to break that barrier for sure,” Wells said. “We do see some progress there. There’s definitely some work to be done but we’re very happy with how far we’ve come, and the expansion, and the interest in women’s lacrosse for sure.”

Some of these women play hockey in the wintertime, and play summer box-lacrosse (indoor lacrosse) to stay in shape. Others do it for the recreation or camaraderie.

But the one thing they have in common is that when they’re out on the floor it’s all business, said Wells. 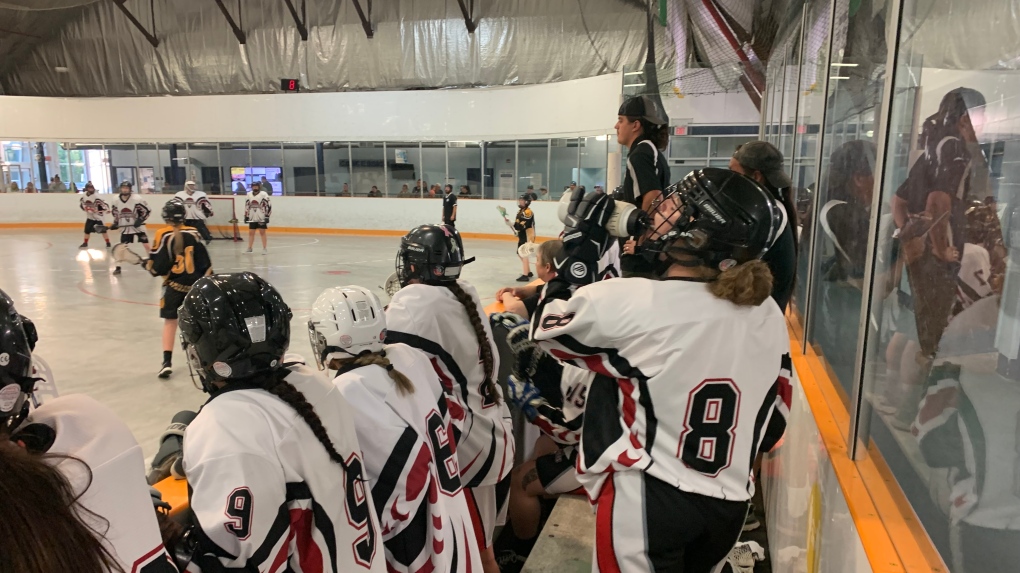 London Thrashers lacrosse team at Lambeth Arena in London, Ont. on Thursday, June 30, 2022. (Bryan Bicknell/CTV News London)“It is pretty rough, and the women they don’t mess around either,” she said.

Every bit as rough and tumble as the men’s game, but it’s also a game of heart,” said Thrashers team player Melissa Kennedy. “It’s not just a boy’s sport, it’s a girl’s sport. It’s where you develop friendships, develop long-term friendships. Where you learn not just skills. It’s a medicine game, you know?”

On this night, the exhibition match ended with a 6-2 win for Hamilton. But it’s not about the final score, so much as it is about the joy of playing the game,” explained Antone.

“You know, enjoying each other’s company, and just being here just makes me happy, and it’s kind of my happy place again,” she laughed.

A new report says Canada needs to change its federal visa policy to speed up the admission of Ukrainian refugees, which has slowed to a trickle.

More Canadians report strong attachment to their language than to Canada: poll

A new survey finds more Canadians report a strong attachment to their primary language than to other markers of identity, including the country they call home.

Rising interest rates might be bad news for Canadians with mortgages, but it also means higher rates on savings vehicles such as guaranteed investment certificates (GICs), prompting renewed interest in the investments.

Olivia Newton-John, the singer and 'Grease' star who died on Monday in the United States, will receive a state memorial service in Australia, Victorian state Premier Dan Andrews announced Thursday.