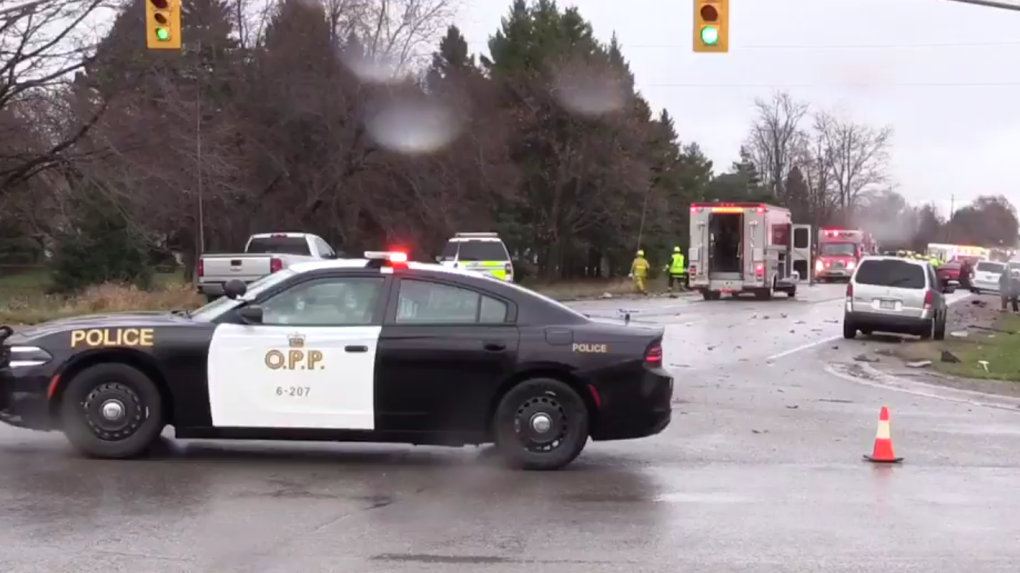 Egremont Drive is closed from Denfield Road to Melrose Drive, and Vanneck Road is closed from Sunningdale Road to Boston Drive while OPP investigate a fatal crash on Saturday, November 26th, 2016.

A London teenager has been charged following a crash last November that killed an 81-year-old woman and injured two others.

Police say  a GMC pickup truck was travelling north on Vanneck Road, where it collided with a Dodge car in the intersection at Egremont Drive (which is governed by traffic lights).

The female driver (and lone occupant) of the Honda car, 81-year-old Marion Satchwill of Strathroy-Caradoc died in the collision. The two passengers in the Dodge car, a 19-year-old male and a 16-year-old female, both from Middlesex Centre, were injured in the collision.

Allan Waller-Guest has been charged with:

Waller-Guest is scheduled to be in court on May 25.