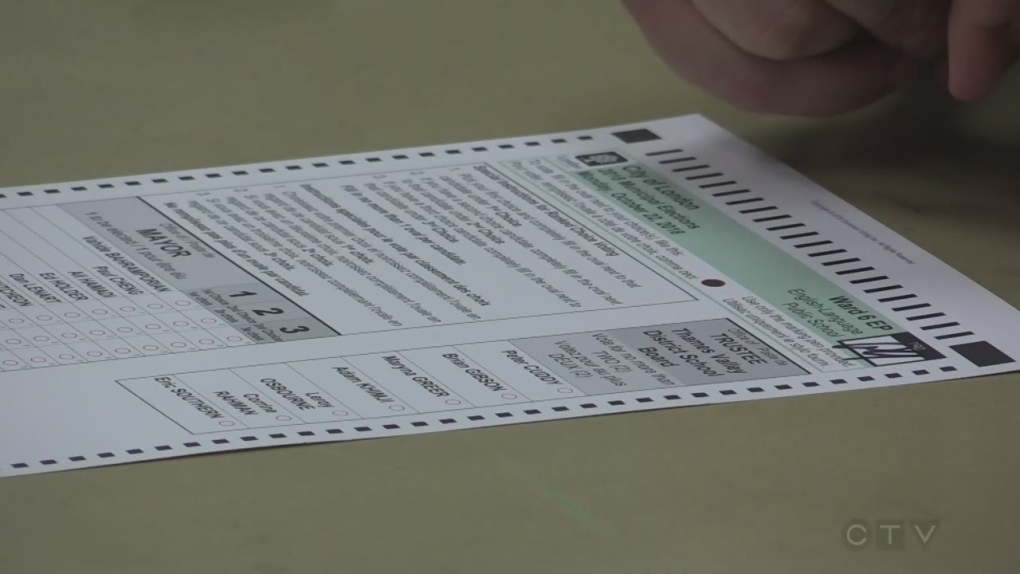 LONDON, ONT. -- The provincial government’s intention to scrap the use of ranked ballots in municipal elections is getting costlier for London taxpayers.

In a new report, civic administration estimates it will cost city hall an additional $51,000 to revert to a first-past-the-post (FPTP) election in 2022. Those costs are on top of forgoing the $515,000 spent to implement ranked ballots in 2018.

The additional costs relate to advertising the change to voters and printing new election materials.

"In addition, the city clerk’s staff will need to prepare new processes and procedures to reflect a FPTP model instead of a ranked choice model," reads the report.

In 2018, London was the first municipality to use ranked ballots that allow voters to indicate their first, second, and third choices among the list of candidates.

Last week, city council directed the mayor to ask Premier Doug Ford to exempt London from the decision to do away with ranked ballots.

But there will be savings from a contract with Dominion Voting Services:

The report recommends a public awareness campaign starting in early 2022, "to help mitigate any voter confusion and effectively communicate the change back to FPTP."

The previous provincial government amended the Municipal Elections Act in 2016 to permit the use of ranked ballots.

The current government has argued that forbidding them will provide 'consistency' and prevent other municipalities from incurring the cost of switching electoral systems.

The report detailing the $51,000 additional cost to switch back to a FPTP election will be discussed by council’s Corporate Services Committee on Monday.