LONDON, ONT -- Singer and songwriter Saveria took her talents to American Idol Sunday night hoping to build on her success from CTV’s the Launch.

However it was not to be for the London, Ont. native who brought one of her own songs for the audition.

While she wowed pop star Katy Perry during the audition it wasn’t enough to sway the minds of fellow judges Luke Bryan and Lionel Richie.

Perry, letting her frustrations out, tossed the cups of the other judges when they voted not move Saveria on.

"I don't know if you're the next American Idol, but you deserve a ticket to Hollywood," said Perry. 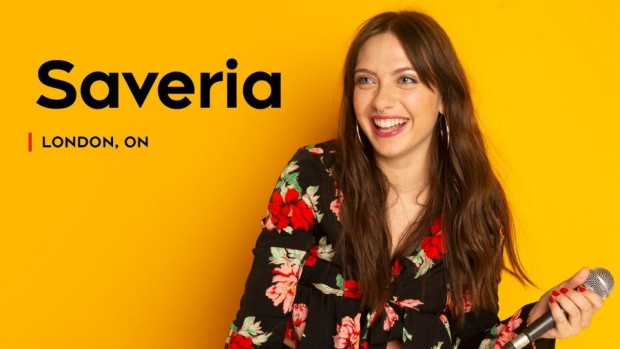 She has released original songs of her own including ‘Pity’ and ‘Down to the Roots.’

She joined the Mini Pops at age nine, making an album with the kid sensations, and has been performing music ever since.