It was the “Welcome to the NBA” moment for London, Ont.’s Shaedon Sharpe.

In his NBA preseason debut, rookie guard for the Portland Trailblazers recovered from a screen to unleash a massive shot block on former London Lightning guard Xavier Moon.

“He’s an incredible shot blocker already,” says Chauncey Billups, head coach of the Trailblazers. “There’s a play where he goes and meets guys up at the square. It's unbelievable.”

Sharpe put on a show in warmup with a between-the-legs dunk. Then playing in his first full meaningful game since high school, he saw 15 minutes of action. Sharpe scored a pair of free throws, grabbed two rebounds and had one assist.

“His debut was good, but I thought he looked a little nervous for sure,” says Dave Sewell, Sharpe’s trainer in London.

Sewell was impressed with his overall performance, but was surprised that he didn’t get into the game sooner. However when in there, there was one play which caught his attention.

“He wanted the lob on the play where he got fouled on the dunk,” says Sewell. 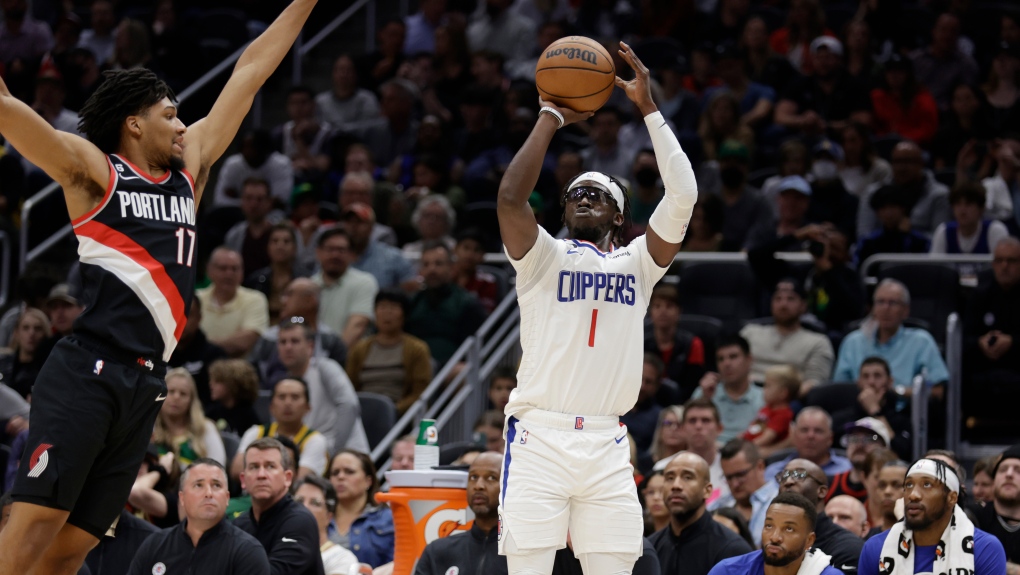 He adds, “You can tell he wanted the lob. That would have been interesting to see what would have happened if they threw in the lob there instead of just the pass where he got to the foul line. He's always been a freak athlete, so that's not surprising.”

After the game, Billups told the Portland writers that Shaedon’s head was spinning because he is just 19, but his athleticism will be on display every time he touches the floor.

Billups does believe he has a long way to go when it comes to positioning at the NBA level.

“Understanding his guys, he’s nowhere on that but he shouldn't be,” says Billups. “Everything is new for him but when he gets you know, a lot more familiar, he's just gonna be a very, very good defender”.

This week, all-star Damian Lilliard said Sharpe is way ahead of where he was at the same age, and believes when everything comes together he’ll be a “game changer.”

Sewell expects Tuesday night's contest will go a little better that his debut.

“I'm excited to see how the year goes for him and the rest of preseason,” says Sewell. “They play tonight [Tuesday] against Utah, so hopefully he gets a little more minutes tonight and feels a little more comfortable and does a little better.”

Actress Kirstie Alley has died after a brief battle with cancer, her children True and Lillie Parker announced on her social media.

Elon Musk's Neuralink, a medical device company, is under federal investigation for potential animal-welfare violations amid internal staff complaints that its animal testing is being rushed, causing needless suffering and deaths, according to documents reviewed by Reuters and sources familiar with the investigation and company operations.