LONDON, ONT. -- It wasn’t the typical retirement ceremony at the headquarters of the London Police Service on Dundas Street Friday.

Insp. Kelly O’Callaghan had to keep physical distance between her and London police Chief Steve Williams as she was given her retirement badge.

It was a less formal affair than the chief would have liked amidst COVID-19.

“It’s different because you want it to be personal and meaningful, but we can’t do that. So it’s distance, and it’s different.”

O’Callaghan’s retirement, after 31 years of service, ends a well-versed career in policing that started in 1989.

Although she’d always wanted to be a police officer, she recognized a solid educational foundation was the first priority.

She completed both a college diploma and a university degree, each in a policing-related field before joining the force. 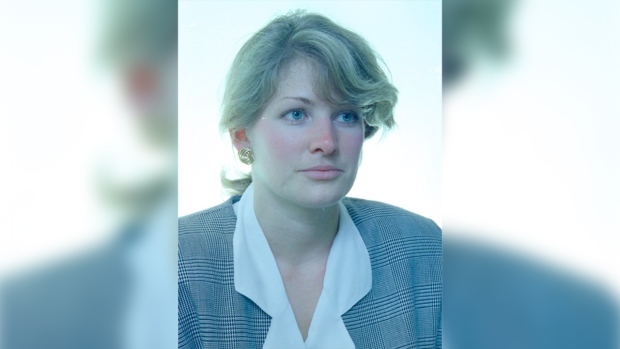 Insp. Kelly O’Callaghan is seen in a photo taken on the day she started at the London Police Service in 1989.

On her first day of patrol, she says the force was still using carbon copies to file reports - a sign of the times.

But a bigger sign of the times, was the number of female faces in uniform, she noted.

“I think myself and my co-worker, who got hired at the same time, we’re numbers 12 and 13 of females at that time. So, we had a very small locker room. We were all evenly divided amongst the patrol section. I think I was the third female on my patrol section at that time.”

O’Callaghan recalls it was not long after she noticed the number of female colleagues dramatically rise.

For her first four years, as all new officers do, she worked the beats and streets of London. And while the city has changed for better and worse, ultimately O’Callaghan feels things are much the same as they were.

”You know I don’t really think it was much different. I think we had the same issues as we do now there, save for just maybe, with time and technology and new drugs on the street, it’s just changed.”

What has changed is the support officers receive to cope with the stresses of their job. O’Callaghan says in 1989 new recruits and senior officers had to find ways to cope. She says some simply couldn’t. She managed it, but admits the first fatal car crash and homicide she attended remain in her mind.

“When you’re close to it, and you actually see the person, that really stays with you. So you just have to again look after a mental wellness and move forward from that.”

Moving forward for O’Callaghan meant a path from the road to stops in Crime Stoppers, the sexual assault unit, recruiting, teaching at the Ontario Police College and eventually to the inspector rank.

All along she kept promoting seeing more females in uniform, as she explained in a CTV News interview in 2014 .

“It is still underrepresented in the amount of applications we get. There’s nowhere near 50 per cent female 50 per cent male. It will take many,many, years - far past my retirement - no doubt, but we are definitely looking to increase our representation of females.”

Beyond championing women in policing, she’s also spent a good portion of her career promoting diversity within the London Police Service.

“The attempt to hire diversity and more females, I’m very proud of.” 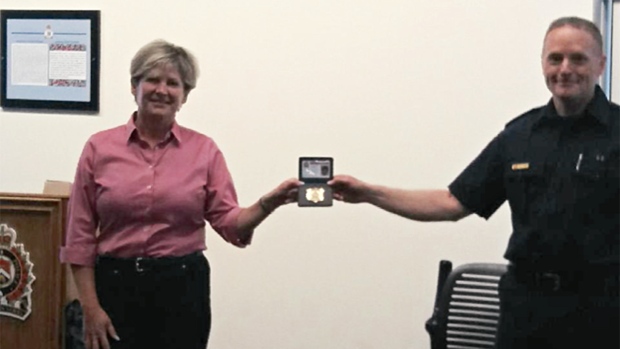 It’s a point Williams agrees with, “She has been and advocate of women in policing and diversity in general. And, she is a bit of trailblazer and that’s what came to my mind.”

Still, as with most jobs, O’Callaghan says she is most proud of the work completed and friends she made while at the force.

She is saddened, that thanks to COVID-19, she did not have the chance to say goodbye to everyone.

“So I’m missing a few to say goodbye to, but there’s always email of course. But it is a bit of a strange time [with COVID-19]."