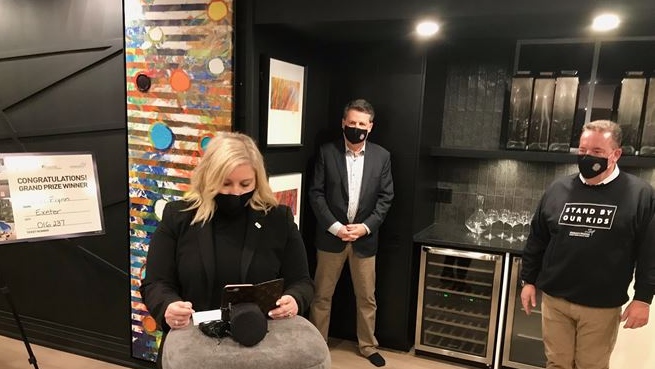 Lori Flynn won her choice of one of two dream homes; a pair of prize packages combined with cash; or a cash prize of $1-million.

Flynn, who resided in Exeter with her husband when she purchased her winning ticket, has since moved to Alberta.

“I was wondering if you’re sitting down?” Cameron asked Flynn.

“I am now” responded Flynn with excited hesitation.

Moments later she learned she had won the grand prize.

“Oh my God!” she exclaimed.

She told the friend, “You’re joking”.

“I’ve never won anything in my life!” she said in shock at her big win.

Since 1996 the lotteries have raised over $44 million in support of medical facilities in the Forest City.