London’s 'coolest' store is back at its original location

London’s 'coolest' store is back at its original location

London, Ont.’s 'coolest' store is back in a new form.

Novack’s, a retail staple of the downtown for over 70 years, has been resurrected — albeit as an occasional pop-up store — in its original King Street location.

In its time, the store evolved from a music and luggage shop to a clothing, army surplus and outdoors store. 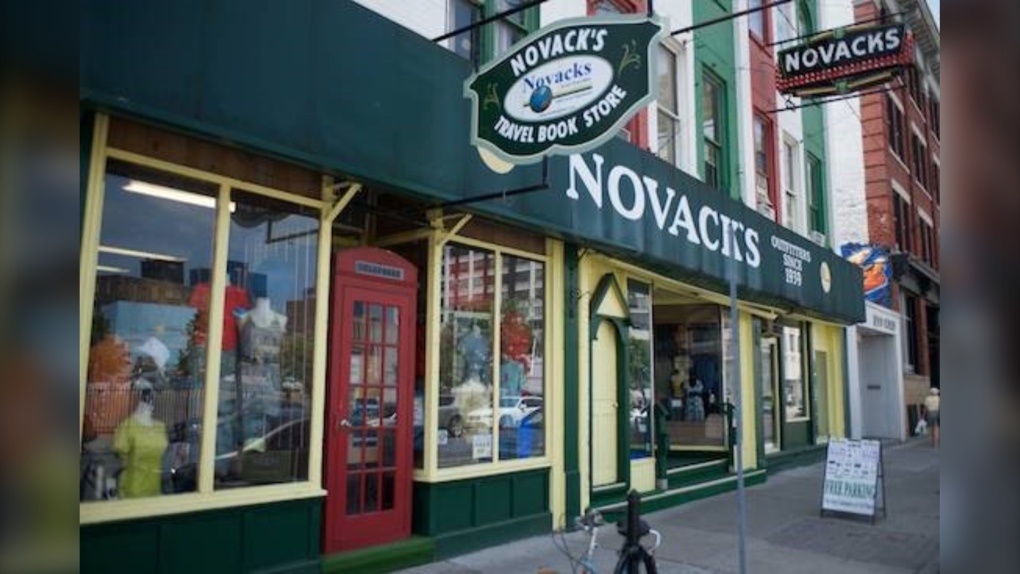 Novack’s is seen in its heyday in London, Ont. in this undated image. (Source: Facebook)

Now, thanks to the efforts of a former shopper Novack’s is back.

Marty Kolls secured a storage room of original stock and is selling it again.

“The quality goods that are still here are still in really good shape,” she explained.

Items include Novack’s famous bags, vintage clothing and a staple of the store: army surplus items. 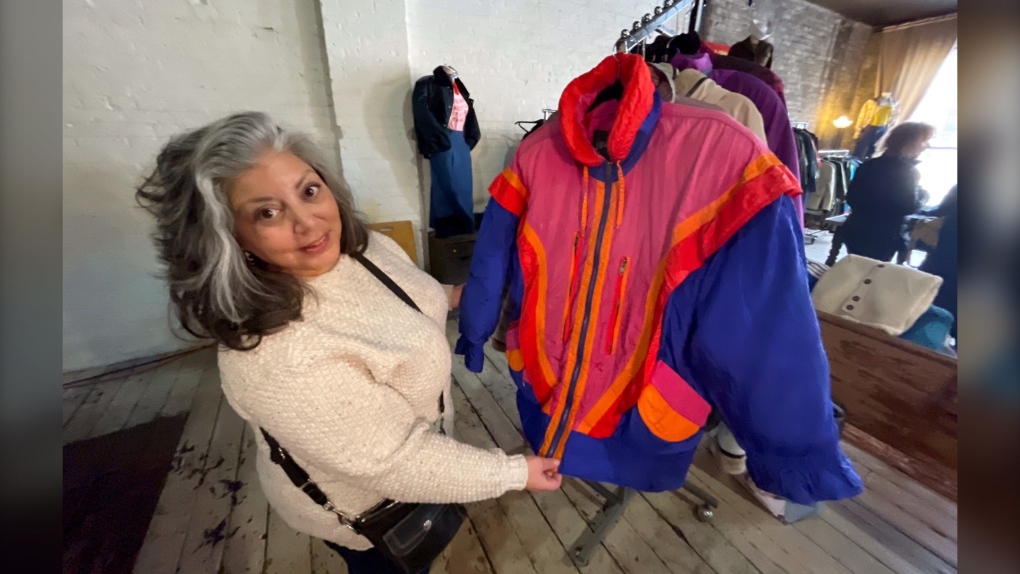 Most date to the late 1980s and 1990s — the height of Novack’s popularity — when it was a hotspot for youth shoppers.

“I actually bought my knapsack right along this wall, the one I took to Europe right after university,” said Gina Farrugia, a vendor selling vintage clothes as part of the Novack’s pop-up shop.

Nostalgia is the draw for shopper Nora Cuzzocrea. She found a pair of cargo pants matching those she bought at Novack’s in the early 1990s. 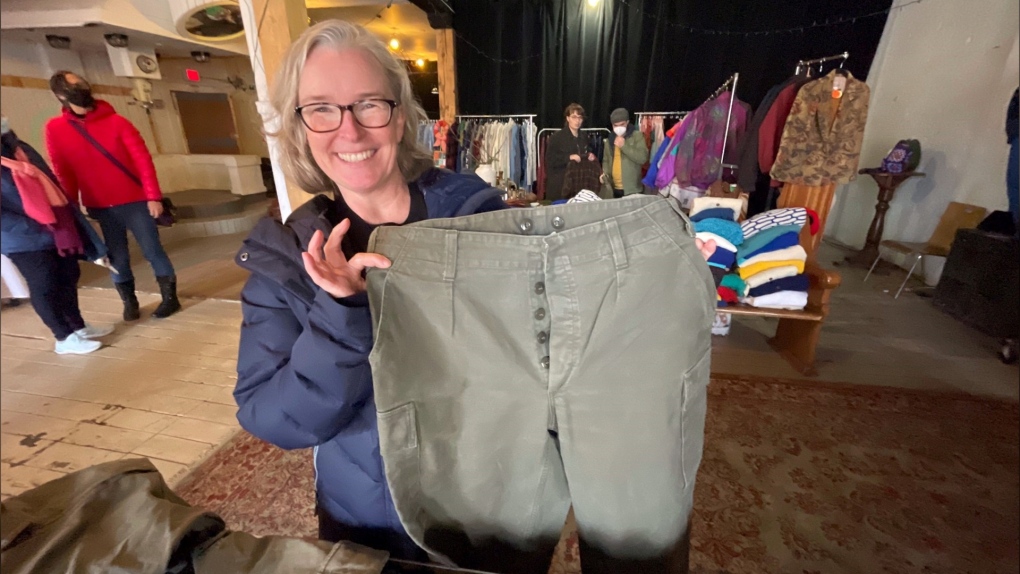 Nora Cuzzocrea is seen holding a pair of Novack’s surplus cargo pants on Dec. 4, 2022. They match a pair she bought in the 1990s as a teenager working in downtown London, Ont. (Sean Irvine/CTV News London)

“Oh my God, it was absolutely the cool place to shop, and you could get affordable things to look cool, even if you weren’t,” she said.

Even shoppers not born in the 90s or who have arrived since seem to understand why Novack’s was “cool.”

“I think right now, there is a wave of nostalgia. There’s a love for vintage and retro,” said shopper Richard Brewer, who is new to London. 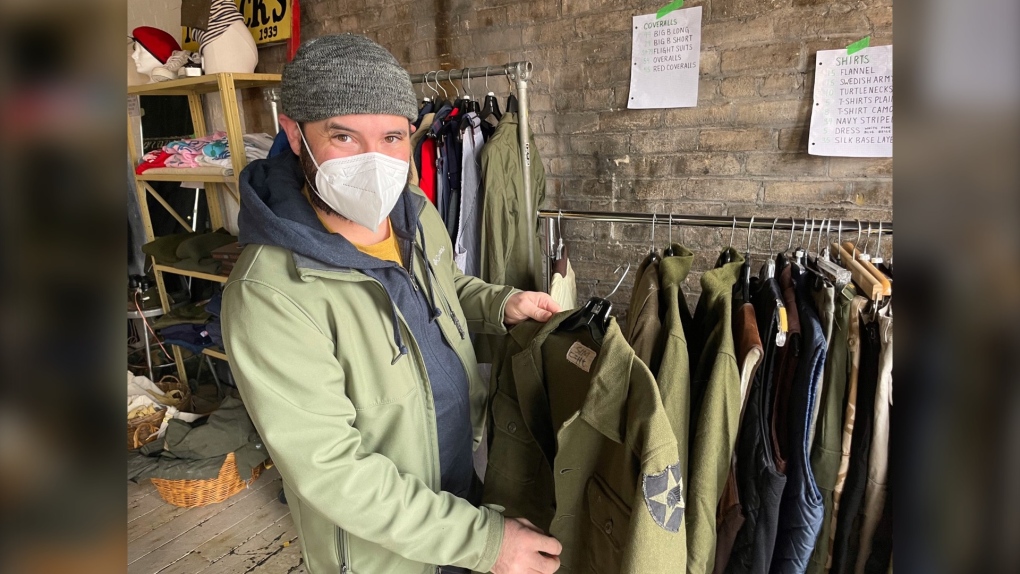 Richard Brewer is seen with some of the vintage army surplus clothes available at Novack’s Christmas pop-up store in its original location in London, Ont. on Dec. 4, 2022. (Sean Irvine/CTV News London)

And nothing is more retro at Novack’s than the submarine periscope, installed to look out at London.

It is still in its place, and behind it on Sunday was the store's last owner, Paul Kaplan.

He is flattered and humbled his family legacy is suddenly “cool” again.

“What a wonderful world we live in, where things can still live again after we think they’re gone, they’re not,” he told CTV News London. 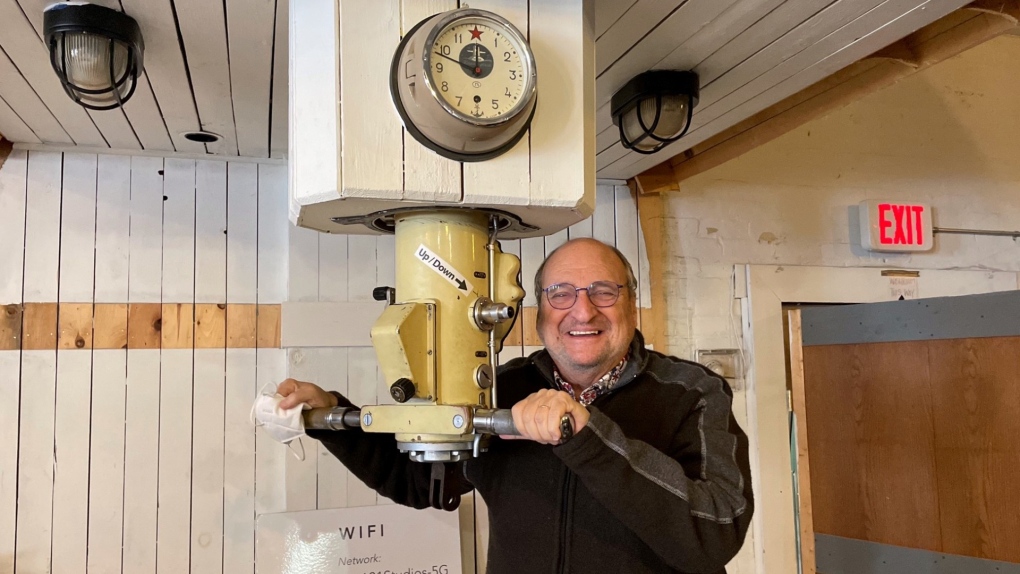 Paul Caplan, an original owner of Novack’s is seen at the helm of the former store’s periscope n Dec. 4, 2022. It drew people into the London, Ont. store in the 1990s. (Sean Irvine/CTV News London)

But, perhaps only possible because Novack’s original sign, and the vintage building it hangs from still stand.

“The creak in the stairs. I bought my first flask here. It was the thing to do when you came downtown,” Farrugia concluded.

While the Novack’s pop-up at its original store location is infrequent, the goods are being marketed at multiple open air markets and online. 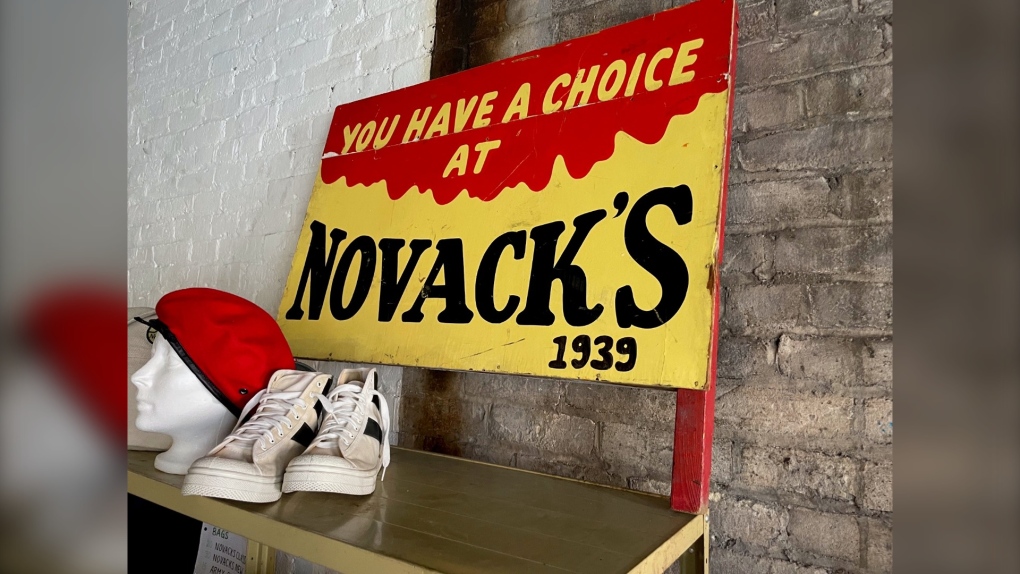 The head of the Canada Revenue Agency says it 'wouldn't be worth the effort' to fully review $15.5 billion in potentially ineligible pandemic wage benefit payments flagged by Canada's Auditor General.

Mike Davy always dreamed of going to a Toronto Maple Leafs game, and once it finally happened, he passed away the night after.

'This is too much': B.C. mom records police handcuffing 12-year-old in hospital

A review has been launched after police officers were recorded restraining a handcuffed Indigenous child on the floor of a Vancouver hospital – an incident the Union of B.C. Indian Chiefs has denounced as "horrendous."

Canadian university professors are mostly older and increasingly more female compared to 50 years ago, a new report from Statistics Canada has found.

Hyundai cars in Canada don't have the same anti-theft issue compared to those in the United States, a company spokesperson says, following reports that two American auto insurers are refusing to write policies for older models.

Grizzlies, other NBA teams speak out on Tyre Nichols' death

The outrage, frustration, sadness and anger was evident around the NBA on Friday, the day that video was released showing how Nichols, a 29-year-old father, was killed by five Memphis police officers. Several teams released statements of support for the family, as did the National Basketball Players Association.

Video released publicly Friday shows the husband of former U.S. House Speaker Nancy Pelosi struggling with his assailant for control of a hammer moments before he was struck in the head during a brutal attack in the couple's San Francisco home last year.