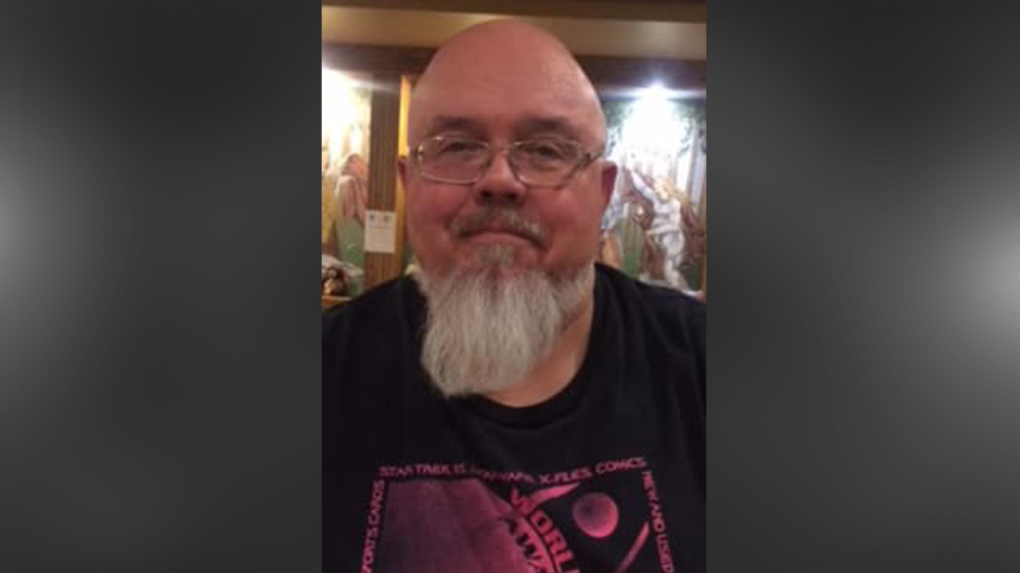 Bradley Roy Ashton-Haiste, owner of Worlds Away at 666 Dundas Street in London, passed away on Sunday August 30, 2020 at the age of 64 seen here in his obituary photograph.

LONDON, ONT. -- The 'nerd community' has lost one of its own.

Bradley Roy Ashton-Haiste, owner of Worlds Away at 666 Dundas Street in London, passed away on Sunday at the age of 64.

Brad was a journalist who wrote for the Western University Gazette and later edited for the St. Thomas Times Journal, but he was best known throughout southwestern Ontario for his love of nerd culture.

Established in 1992, Worlds Away brought together nerds and geeks alike. With over 3000 square feet of all things related to science fiction, horror, comics, and games, Worlds Away welcomed shoppers, but it was the store-owners friendliness that kept people coming back.

On his website Brad wrote, "When the economy claimed my writing and design job at the beginning of the '90's, and since I already looked like the 'Comic Book Guy' even before there was a Comic Book Guy, my wife Ellen and I started selling pieces of my collection at flea markets in Woodstock, Ingersoll, and subsequently, London."

Years later, their passion became a permanent building for customers to visit.

If you ever attended Free Comic Book Day in London, chances are you stopped in to stamp your passport and hopefully found the time to chat with the friendly store owner as I did in 2014. When interviewing Brad, he told me that comics were an art form that introduces people to a world they didn't know existed.

Owner of L.A. Mood Comics & Games Gord Mood wrote on Facebook, "Very sorry to hear that Brad is gone too soon. Brad and I always had a good working relationship, a friendly competitor and very knowledgeable guy who had great taste in music! Due to the pandemic, we missed doing all the community events we do. My condolences to his family and friends."

Erin Miklos, owner of Game On Entertainment Services told me that he knew Brad well from conventions and was one of the nicest, most welcoming people he knew. "I met Brad a long time ago, back in the 90's when I started going to conventions," Miklos said speaking highly of the times they 'partied' together including an 'epic party' at Toronto Trek.

Leaving many family and friends behind, it was noted in his obituary that, "He’s also being missed by his adored pup DeeDee and feline fur babies Ginnie and Grover. He’s now surely playing at Rainbow Bridge with his dearly loved departed companions Merlin and Chieftain."

While the community mourns the loss of one of their own, condolences continue to pour in on social media, speaking about how funny, friendly, and welcoming Brad was. How he was knowledgeable and good natured, and how 'he was taken too soon'.

A celebration of life will be held at a future date, but donations can be made to the St. Thomas Animal Aide, All Breed Canine Rescue, or the Canadian Diabetes Association.