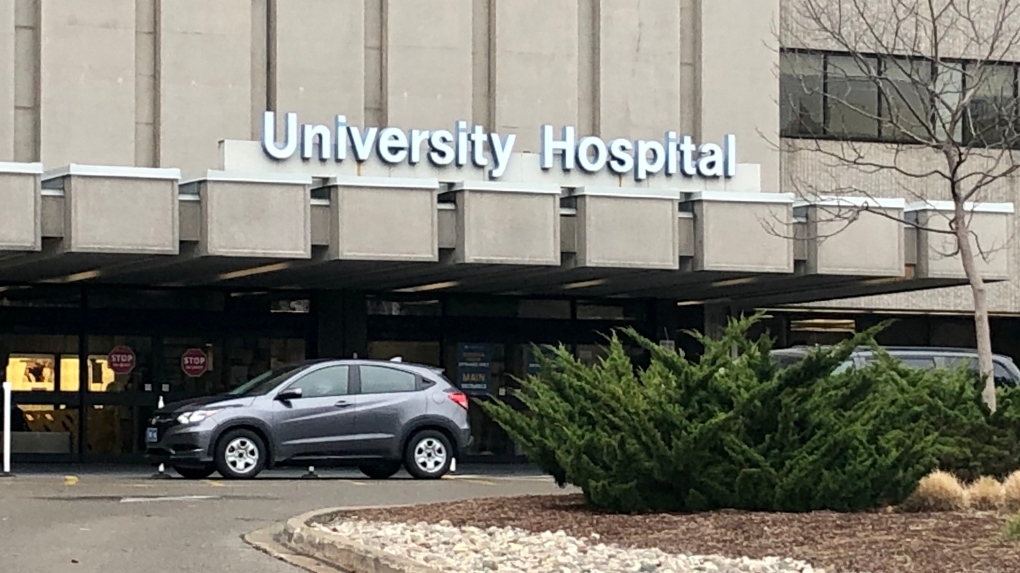 MIDDLESEX CENTRE, ONT. -- For the second day in a row, and the fourth time this month, the Middlesex-London Health Unit (MLHU) is reporting a record-setting number of new COVID-19 cases.

A total of 52 new cases and one new death were reported Thursday, bringing the region’s totals to 1,979 cases, with 1,587 resolved and 77 deaths, leaving 315 active cases.

The new death, a woman in her 70s, brings the total connected to the ongoing outbreak at the London Health Sciences Centre’s University Hospital to 14.

The previous daily record, set on Wednesday, was 47 cases, before that the record was broken Monday when 46 cases were reported. In fact, while the region had never topped 40 cases in a day before December, Thursday is now the fifth day this month there have been more than 40 cases.

MLHU Medical Officer of Health Dr. Chris Mackie says, “We are at twice the peak as the first wave, twice as many cases as we had the on biggest day out of wave one back in April. This is a concerning milestone and it means that once again we are entering into a new level of risk in our community.”

He added that now is the time to try to prevent the worst possible outcomes even as the end is in sight.

“The steps you take to protect yourself will also protect others. This isn’t just about your health. You may be young and health, you may be a low risk, but if you can protect yourself, you’re also going to help stop the spread to others who are at higher risk.”

As to what is driving the spread, Mackie says it’s no one factor, but a combination of outbreaks, close family contacts, community spread and some travel.

At the same time, the total number of weekly tests being done locally has been rising steadily since the beginning of November, with more than 10,000 people being tested for the first time last week.

As of Thursday, the outbreak at University Hospital has affected a total of 73 patients and 71 staff. That’s five new staff cases in the past 24 hours.

Of those, LHSC is reporting that 55 active inpatient cases and 57 active staff cases remain with outbreaks ongoing in eight hospital units.

The record case number also comes a day after outbreaks were also declared at four London schools and multiple new school cases were added. In total five area schools are dealing with outbreaks including:

There are also ongoing outbreaks in sections of two seniors’ homes, McCormick Home in London and Country Terrace in Komoka, as well as two residences at Western University.

New deaths were reported Thursday in both Huron-Perth and Sarnia-Lambton, the latter of which has not seen a COVID-19-related death in months.

Ontario broke another record as testing also hit an all-time high. On Thursday, 1,983 cases were reported as the province processed more than 60,000 tests in a day for the first time.

'We need trust': How a COVID-19 vaccine came so quickly

Ellen DeGeneres announces she has COVID-19

Don Martin: Like the lockdown? Sleep better on a ventilator? Then refuse the vaccine.

'It's ridiculous': Winnipegger says he was fined for not wearing a mask outside