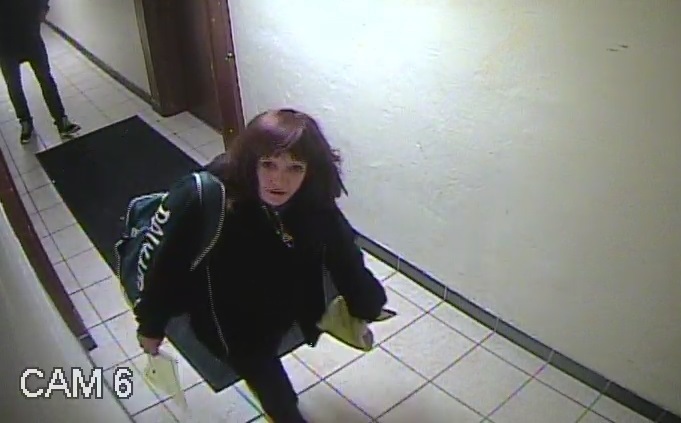 This image released by London police shows one of two suspects being sought after an apartment break-in.

London police are asking for help identifying a man and woman who allegedly attempted to steal coins from an apartment building laundry room.

Police say the pair entered the apartment building on Gordon Avenue on Thursday around 3 a.m.

They apparently gained entry into the laundry room and painted over the lens of the video camera.

Officers say coins from the laundry machines were targeted. After being unsuccessful in obtaining money, the two suspects left the building.

He was wearing a navy blue zip-up jacket, navy blue hoodie, blue and orange baseball cap, blue jeans and black running shoes. He was also carrying a large back pack.

The second suspect is described as a white female, 5'2"-5'5" tall, with a medium build and shoulder-length dark hair.

She was wearing a black oversized hoodie, black pants and black shoes. She was carrying a blue/green Oakley back pack.