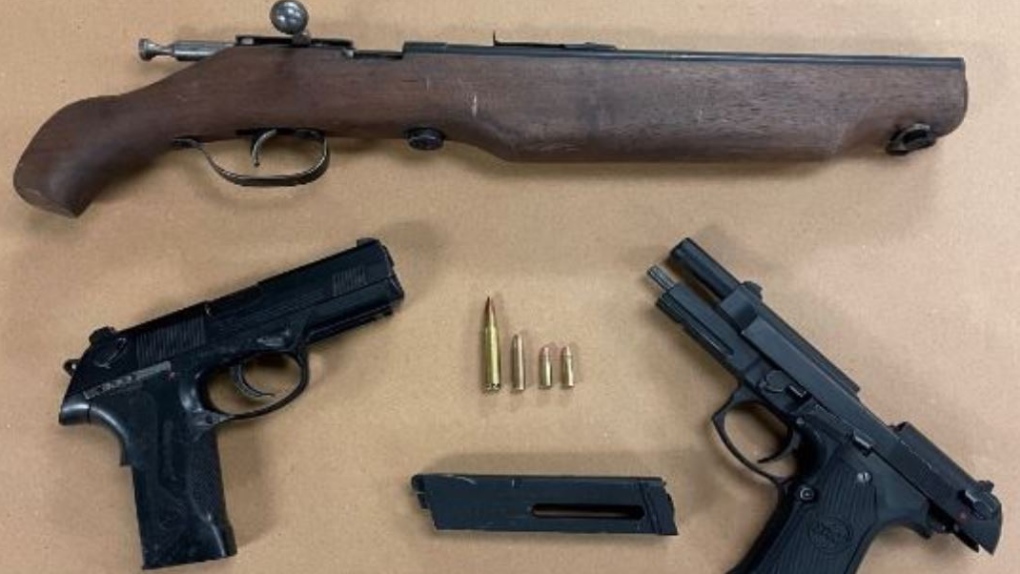 LONDON, ONT. -- London police seized a sawed-off shotgun, a pair of replica handguns and some ammunition during a search warrant late last week.

Police performed the raid on a residence in the 500-block of Elizabeth Street Friday.

Three men have been charged with various weapons offences.

They will appear in a London court Monday.