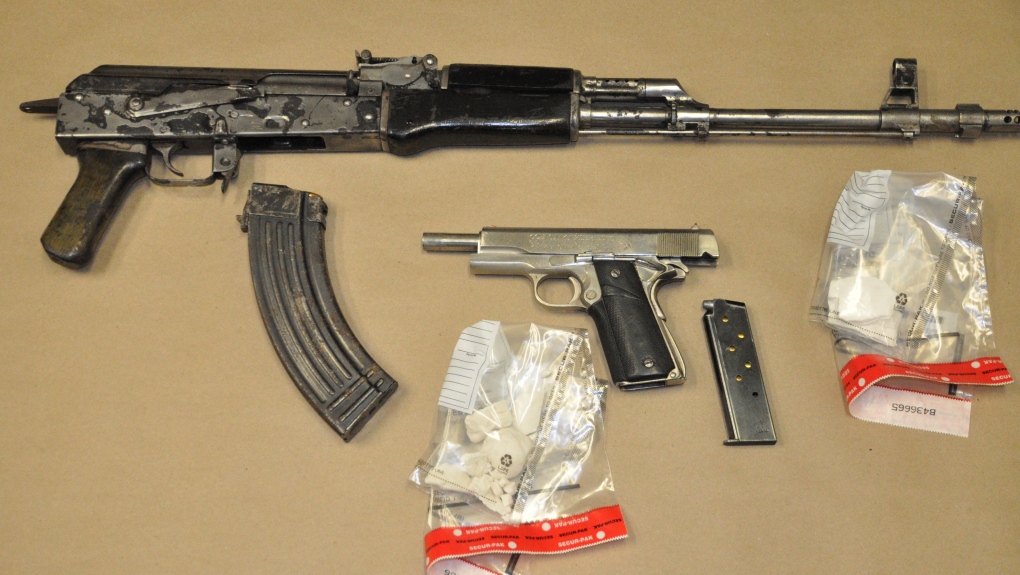 Seized firearms, ammunition and drugs and are seen in this image released by the London Police Service on Thursday, Nov. 20, 2014.

Two loaded firearms, cocaine and cash were seized from a home on Ernest Ave. on Wednesday.

London police and the RCMP executed a searh warrant at the residence, seizing:

As a result of the investigation, 19-year-old Justin Kunz of London, has been charged with: