London police seize gun and $120K of drugs and cash 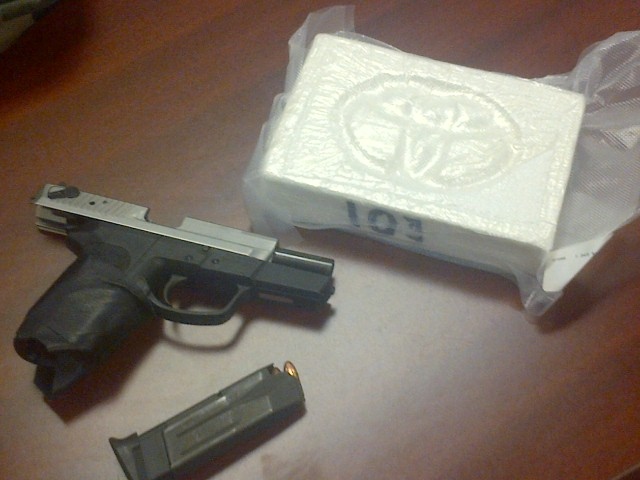 London police have released this photo of a gun and drugs seized in London, Ont.

London police have arrested three men and seized a gun, ammunition and over $120,000 worth of drugs and cash.

Members of the drugs and guns unit stopped the vehicle on Wednesday at Highbury Avenue at Hamilton Road.

Police searched a backpack and seized 1,026 grams of powder cocaine worth $102,600 and a 9mm Sig Sauer handgun with high capacity mag containing five rounds of ammunition.

Mahmoud Osman, 53, Jerome Williams, 24, and Michael Nguyen, 24, all from London, were arrested and charged with the following offences:

As a result of the stop, a search warrant was executed at a residence on Osgoode Drive. There police seized 1,814 grams of marijuana bud, valued at $18,140.

Williams and Nguyen have subsequently been charged with possessing a schedule II substance. Williams was further charged with four counts of failing to comply with condition of judicial release.