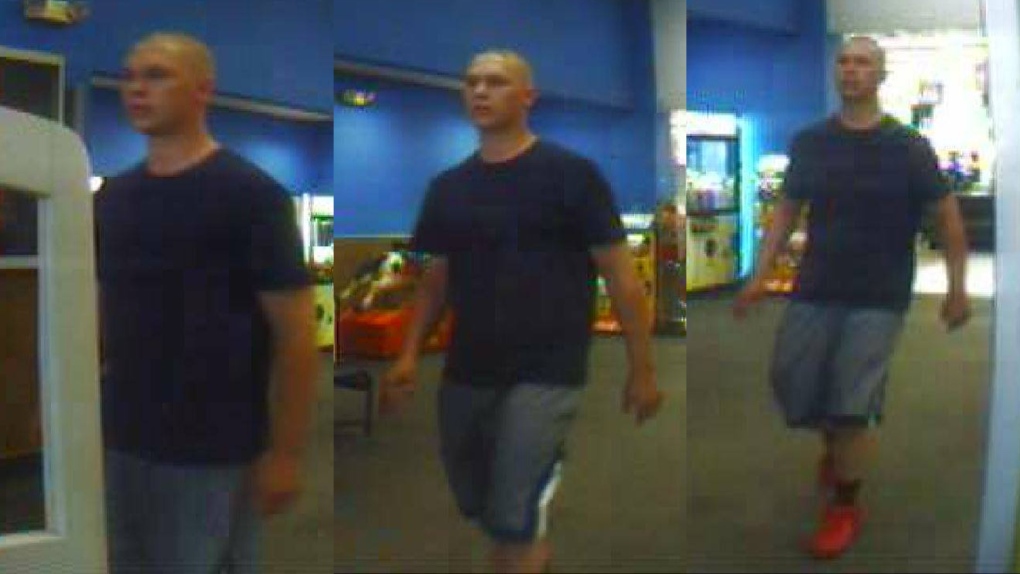 Police released these photos of a man sought in a sexual assault investigation in relation to an incident in London, Ont. on Wednesday, June 5, 2019.

Investigators have released photos of a man sought in a sexual assault investigation after an incident at a northwest London shopping centre.

According to investigators, a man approached a female and touched her inappropriately. The female was not injured.

At the time he was wearing grey shorts, a navy blue t-shirt and red running shoes.

Police are asking the public for help to identify the man, as show in images taken from video surveillance.

Anyone with information is asked to call the London Police Service or Crime Stoppers.