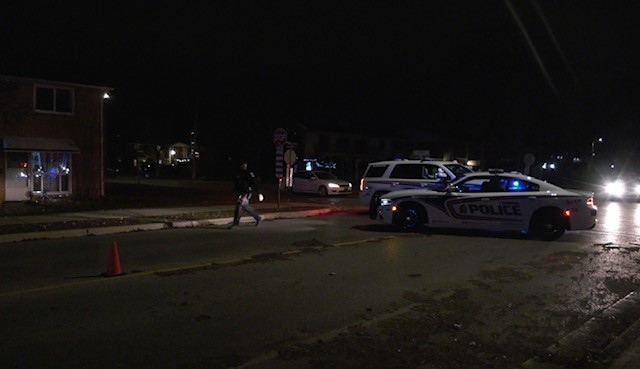 London police investigate after a woman was injured in a reported hit-and-run on Dec. 9, 2022. (Gerry Dewan/CTV News London)

Witnesses say a female pedestrian was hit by a vehicle on Kipps Lane, near Barker Street, at around 5:40 p.m.

The woman ended up on the centre line of Kipps, just west of the intersection.

The witnesses say the driver left the scene, continuing west on Kipps.

A nearby vehicle stopped to help, with a passenger jumping out to check on the woman and protect her from other vehicles. Meanwhile, the driver went after the vehicle.

Police confirm that the vehicle stopped a short distance away, and that’s where they took the driver into custody.

The witnesses say an off-duty registered nurse was also on scene and the woman was talking to her before being transported to hospital.

There's no word on the extent of the victims injuries.

Canada's new special representative on combating Islamophobia says she is sorry that her words have hurt Quebecers.

Higher grocery prices are expected to hit stores across Canada soon as a blackout on price increases over the holiday season comes to an end.

Police have released a video of a driver who smashed a vehicle through the doors of Vaughan, Ont. mall early Wednesday before allegedly breaking into an electronics store.

Nearly 130,000 Helly Hansen sweaters and hoodies have been recalled in Canada due to flammability concerns.

The federal government is expected to introduce a law as early as Thursday to delay the extension of medically assisted dying eligibility to people whose sole underlying condition is a mental disorder.