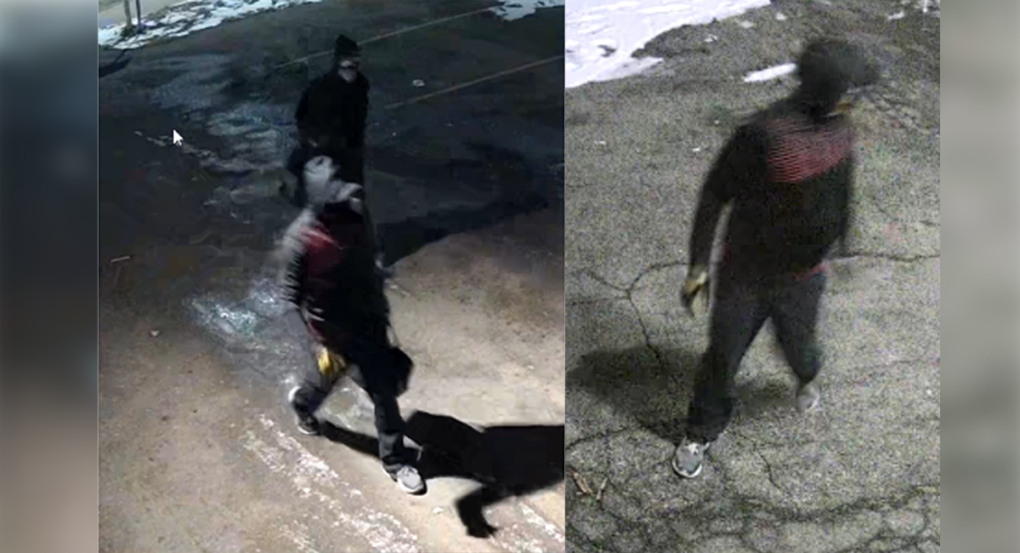 LONDON, ONT. -- London police have released photos of a pair of suspects wanted in connection with a suspicious fire at a former strip club earlier this year.

On Jan. 26, police and fire crews responded to the Beef Baron on York Street around 1 a.m. for a blaze.

On Monday, police released the photos of two people caught on surveillance video who were in the area at the time.