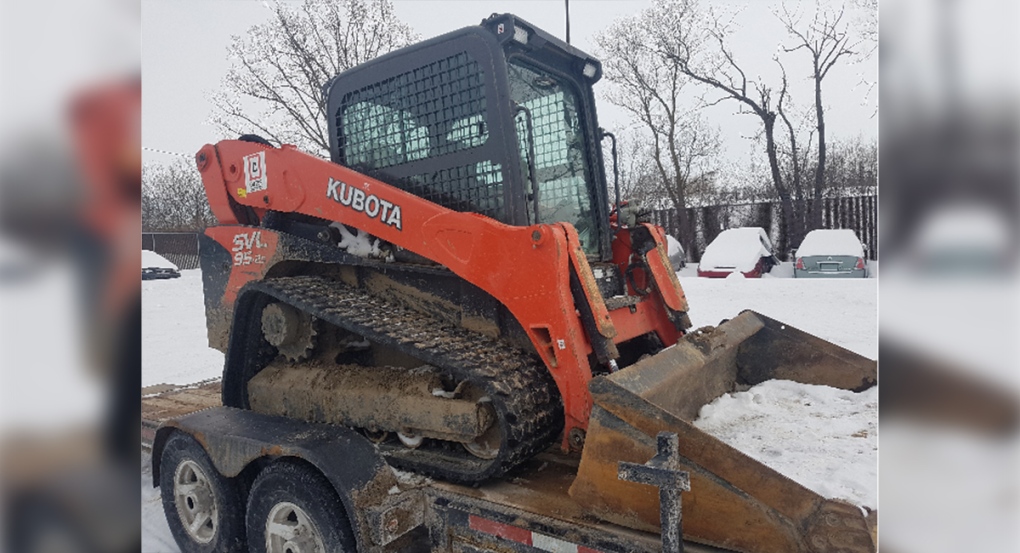 A skid steer was among the items recovered by police in London, Ont. on Thursday, March 11, 2021. (Source: London Police Service)

MIDDLESEX CENTRE, ONT. -- Three men have been arrested, and one is being sought, after police found over $200,000 in goods that had been stolen from four separate locations.

The property was recovered after search warrants were executed on Thursday at locations on Asima Drive, Falcon Street, Crumlin Sideroad and on three vehicles.

The property was reportedly stolen between Jan. 26 and March 3 from locations in London, Thamesford, Thorndale and Middlesex Centre.

Three London men, ages 26, 39 and 40, have each been charged with four counts of theft over $5,000, possession of property obtained by crime over $5,000 and conspiracy to commit an indictable offence.

Two of the men have also been charged with four counts of failing to comply with undertaking.

An arrest warrant has been issued for 37-year-old Shane Richard Vandersanden of Ailsa Craig on charges of theft exceeding $5,000 conspiracy to commit an indictable offence.

The three men arrested are scheduled to appear in court on April 21.