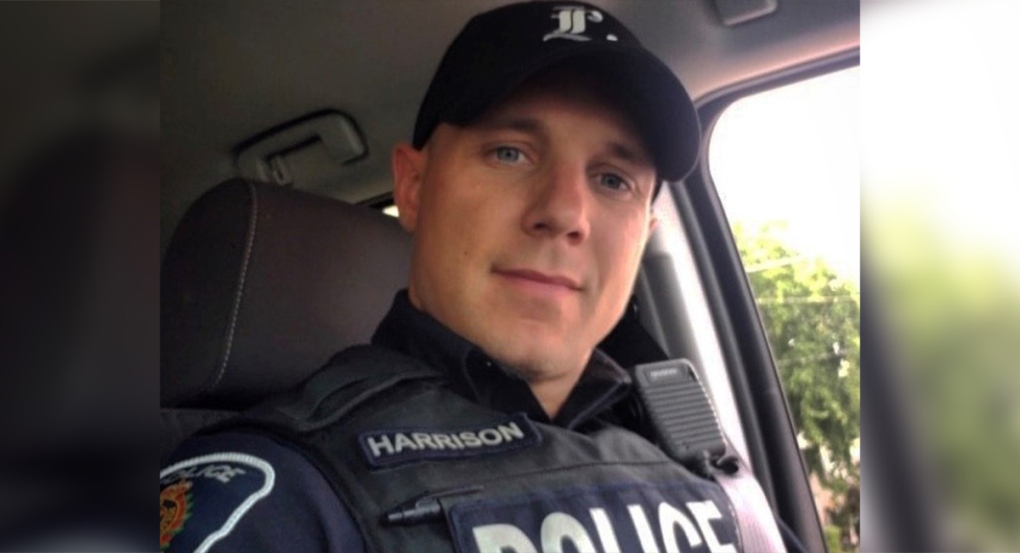 Const. Evan Harrison of the London Police Service is seen in this undated image. (Source: Police Association of Ontario)

Harrison won the award in the 'Community Role Model' category for his work as a School Resource Officer, at Children's Hospital and as a volunteer hockey coach.

PAO President Bruce Chapman said in a statement the organization is proud to recognize members who make a difference in the lives of others.

"Every single day, local police officers and civilian police services employees across Ontario, the latter of which include 911 dispatchers, victim services teams, special constables and many more, go above and beyond their call of duty to positively impact their communities in various ways."

Those considered for the awards are recommended by community members. There were more than 300 nominees this year and Evans received several nominations.

He is described by one of those who nominated him as someone whose "display of commitment, compassion and kindness only scratch the surface" and who has developed strong and impactful connections with students.

A player he coaches said, "He is someone I look up to because he helps me learn new things in hockey, and he helps me push harder to achieve my goals," and keep the London community safe.

A nomination connected to the Children's Health Foundation spoke to his frequent visits to the hospital, adding, "This kind gesture goes such a long way to bring smiles to the kids' faces and ease some of that day to day stress that parents go through while their kids remain in hospital."

You can read more from the nominations here.

Cst. Evan Harrison with @LdnPoliceAssoc & @lpsmediaoffice is the winner of the @PoliceAssocON's 2020 #PoliceHero of the Year Award for being a Community Role Model - congrats Cst. Harrison! Read the stories about Evan's school and community involvement at https://t.co/QEV33fJmWO pic.twitter.com/lxPBMVN19g