A London, Ont. cyclist is still recovering after being punched by a driver during his Thursday commute.

Peter Riley was a little bloodied and very bruised, but said the incident won't keep him off his bike.

Social media comments poured in after Riley's wife shared images of her husband with significant swelling and a deep purple bruise around his partially-shut left eye. A small gash was also evident on his cheek.

The events leading up to the punch started on the east side of Adelaide Street, just south of Kipps Lane.

"Where the cycle tracks begin there was a car kind of blocking the cycle lane,” Riley explained, “I had to dismount right in the middle of the road there to get around him." 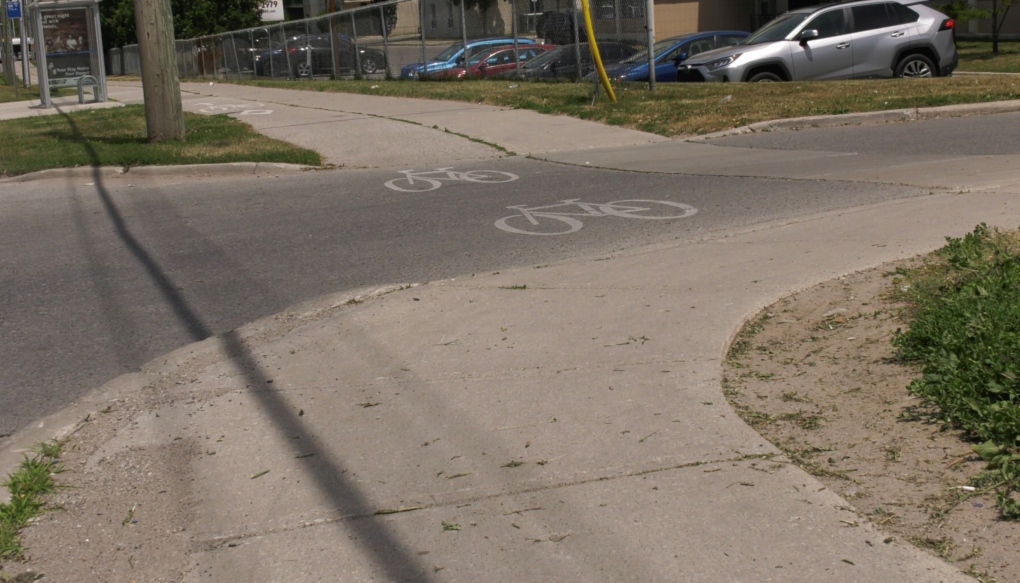 The location on Adelaide Street North in London, Ont. where Peter Riley confronted a driver for sitting on bike lane, as seen on June 24, 2022. (Gerry Dewan/CTV News London0That's when things started to get heated, and Riley told CTV News, "I kind of yell at him, 'You're blocking the bike lane,' something to that effect, and he yells back with a string of profanity."

Riley continued north on the bike lane thinking the episode was over. He came to stop at the traffic lights at Adelaide and Kipps but the man sped past, turned in front of him onto Kipps and escalated the confrontation.

According to Riley, "He proceeds to get out of the car [and] walk towards me. I expected him to yell at me. I had actually pulled out the phone and grabbed a photo of him getting out of the car, but he just punches me in the face."

Riley says his injuries are minor but it will take a while for the swelling to go down. In the meantime, London police have released a photo of the suspect.

"We're asking for any dash-cam video, any additional photographs, or if you happen to recognize the suspect please give us a call,” she said.

The suspect is described as a Caucasian male, 35 to 40 years of age, medium to heavy set and wearing a baseball hat and navy shirt. 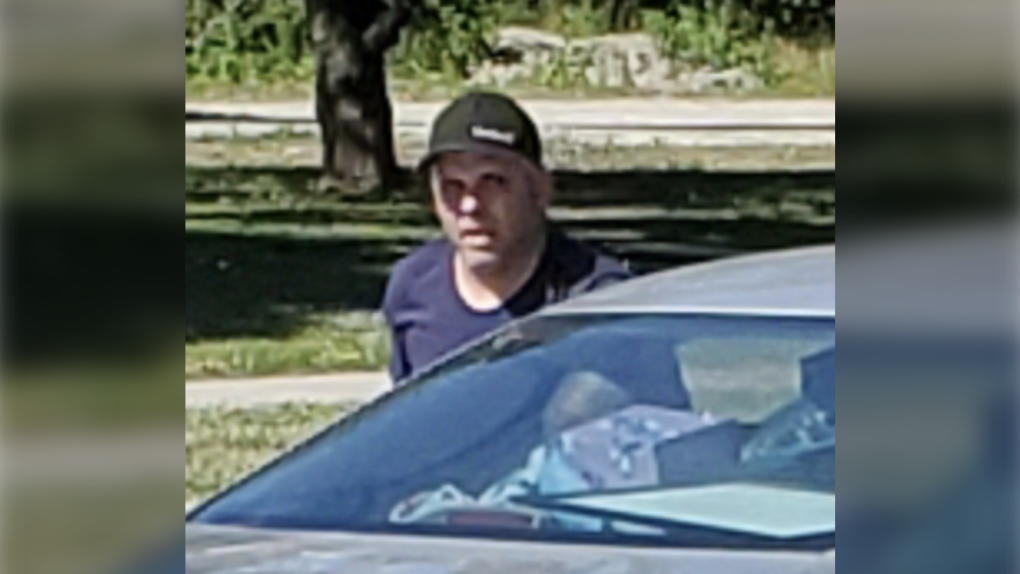 London police are requesting the public’s help in identifying a man who allegedly assaulted a cyclist Thursday afternoon in north London. (Source: London Police Service)Riley believes gaps in the cycling infrastructure can lead to confrontations. He's cycled in countries with a more complete cycling network and believes it creates greater acceptance.

"Drivers in the Netherlands are incredibly respectful of cyclists and there's very few conflicts,” he said.

He believes the city is working to improve the cycling experience but there’s a lot of work to be done.

In the location where Thursday's incident started the cycling lanes end briefly, leaving riders to choose the road or the sidewalk. The lanes resume at a driveway to an apartment complex where the confrontation took place.

But Riley doesn't want his incident to keep people away from cycling.

"I don't want people to hear this and say, 'This is too dangerous.' It's not. I've been doing this for 20 years and this is the only time have had anything quite like this happen,” he said.

For the second time in less than a month, a resident of Ashcroft, B.C., died while waiting for health care.

Canadian home sales fall for 5th month in a row, down 29 per cent from last July

Canada's average resale home price fell 4.5% from a year ago in July and was down 5.4% on the month as buyers continued to sit on the sidelines amid rising borrowing costs.

Padma Lakshmi is supporting her ex-husband Salman Rushdie in his recovery. The 'Top Chef' star tweeted Sunday that she is 'relieved' Rushdie is 'pulling through after Friday's nightmare' in which he was stabbed multiple times while on stage in New York.

Colonial Building in Newfoundland won't be renamed after all: provincial government

The Newfoundland and Labrador government says it will not be changing the name of the Colonial Building in downtown St. John's.