London police lay 70 charges after over $70K in drugs seized 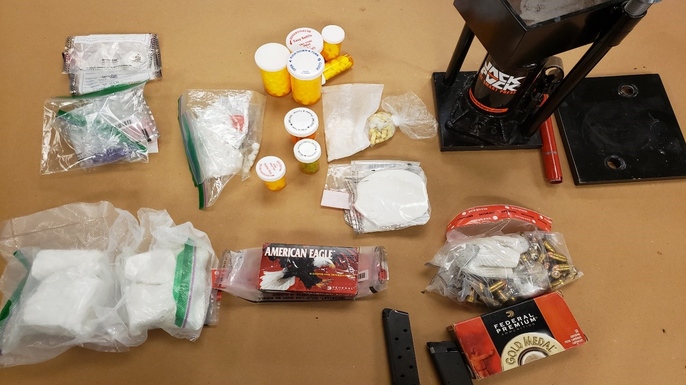 Drugs seized by police in London, Ont., Thursday, April 16, 2020 are seen in this image released by police.

Police say two loaded guns and $77,000 worth of drugs were found in a home and vehicle on Grand Avenue.

Four London men, ranging in age from 20 to 30, are jointly facing a combined 70 charges, including:

And a 30-year-old man is facing an additional trafficking charge and three counts of possessing a firearm or ammunition while prohibited.

All four are expected to appear in London court Friday.