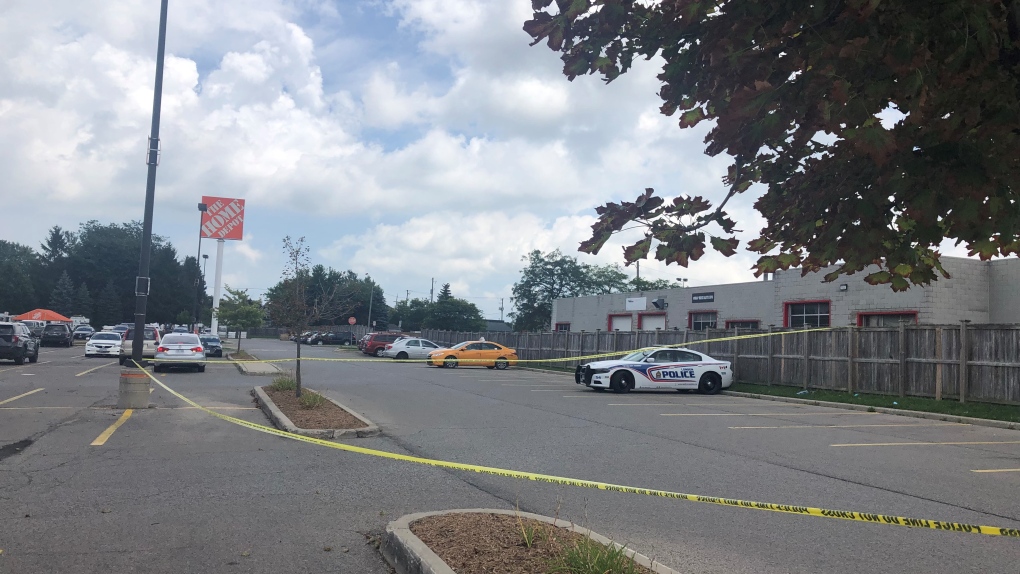 London police are investigating Sunday after a man was discovered in east London with serious injuries but died shortly after being transported to hospital on August 7, 2022. Part of a Home Depot parking lot located in the area of Dundas Street and Clarke Road was taped off by police. (Jenn Basa/CTV News London)

London police are investigating a homicide Sunday after a man was discovered in east London with serious injuries, but later died in hospital.

According to a press release issued by the London Police Service (LPS), at approximately 6:30 a.m. on Sunday, police and EMS responded to the area of Clarke Road and Dundas Street after receiving a 9-1-1 call requesting help for an injured man.

The man was transported to hospital for treatment, but succumbed to his injuries a short time later.

Police say the identity of the victim is being withheld pending next-of-kin notifications.

According to CTV News London’s Jenn Basa, a large section of a Home Depot parking lot located off Dundas Street is taped off by police, and the Forensic Identification Unit was still on scene as of late Sunday afternoon.

The investigation is now being handled by the LPS Major Crime Section.

London police ask anyone with information in relation to the incident, or with surveillance footage of the area of Dundas Street, Clarke Road and Wavell Street to contact the London Police Service at (519) 661-5670 or Crime Stoppers at 1-800-222-TIPS (8477).

Mere months after a judge handed down a verdict in the Johnny Depp-Amber Heard defamation trial, the courtroom drama has been adapted into a film by streaming service Tubi called 'Hot Take: The Depp/Heard Trial.'