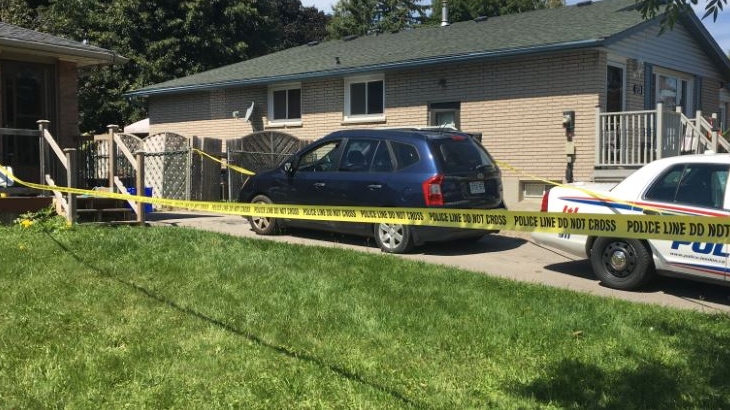 London police continue to hold a scene on Mornington Avenue after what they call "an incident" Friday afternoon.

A police car is parked in front of 582 Mornington Ave near Oxford and Highbury in the east end of the city.

Caution tape surrounds the driveway and forensic officers were seen going in and out of the home early this afternoon.

A neighbour told CTV News they believe there was a break and enter Friday, and an altercation ensued.

They also said they heard another next door neighbour responded to a noise, and was then assaulted and taken to hospital.

London police say they are still investigating and won't give many details.

The best friend of one the victims tells CTV News two women and a man were involved.

One of them was a suspect who was taken into custody, the other two others were taken to hospital, and one has since been released.