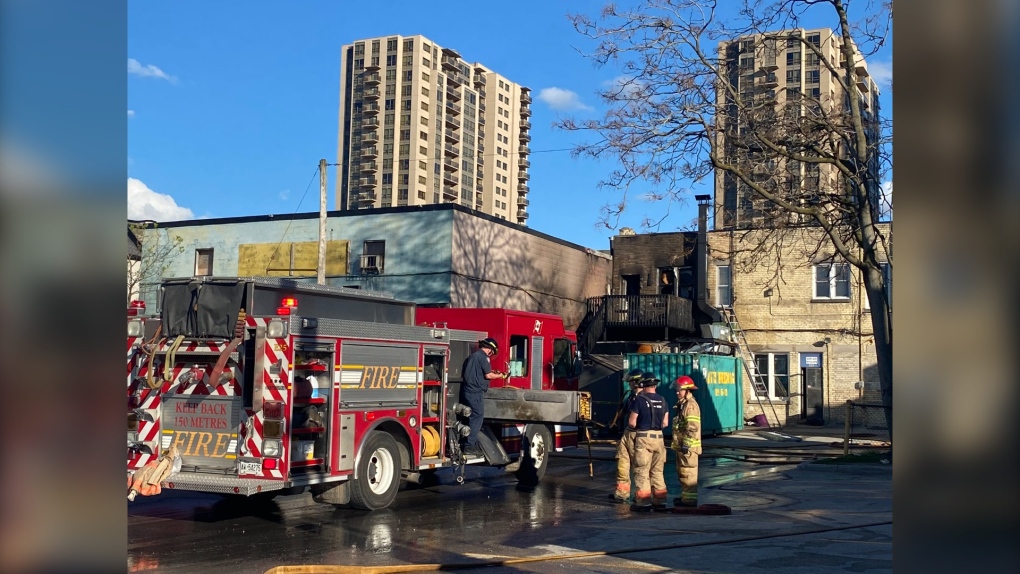 Fire crews on the scene of Dundas Street and Lyle Street after a structure fire on the evening of May 17, 2022. (Source: London Fire Department/Twitter)

London police have deemed a fire at Ark Aid Street Mission that caused an estimated $50,000 ‘suspicious.’

Crews responded to the fire in the 600 block of Dundas Street around 6 p.m. Tuesday.

While the fire was said to be fast moving due to the wind, firefighters were able to extinguish the blaze.

"Ark Aid Street Mission has suffered a terrible incident of fire at our 696 Dundas St. primary building. The entire rear of the building including our storage shed, stairwell and areas leading into our kitchen and our sanctuary apartment have been affected,” Ark Aid wrote on Facebook.

Fire officials the fire was mostly contained to the exterior of the building, however, some smoke travelled to the interior.

“We are incredibly thankful for the first responders — particularly the fire fighters that attended and resolved the fire efficiently and with no injuries or people effected,” Ark Aid wrote.

The fire was determined to be suspicious in nature, and the investigation was turned over to the London Police Service Street Crime Unit with help from the fire department.

Anyone with information in relation to this incident is asked to call the London Police Service at (519) 661-5670 or Crime Stoppers at 1-800-222-TIPS (8477). Information can also be sent in online anonymously to London Elgin Middlesex Crime Stoppers.