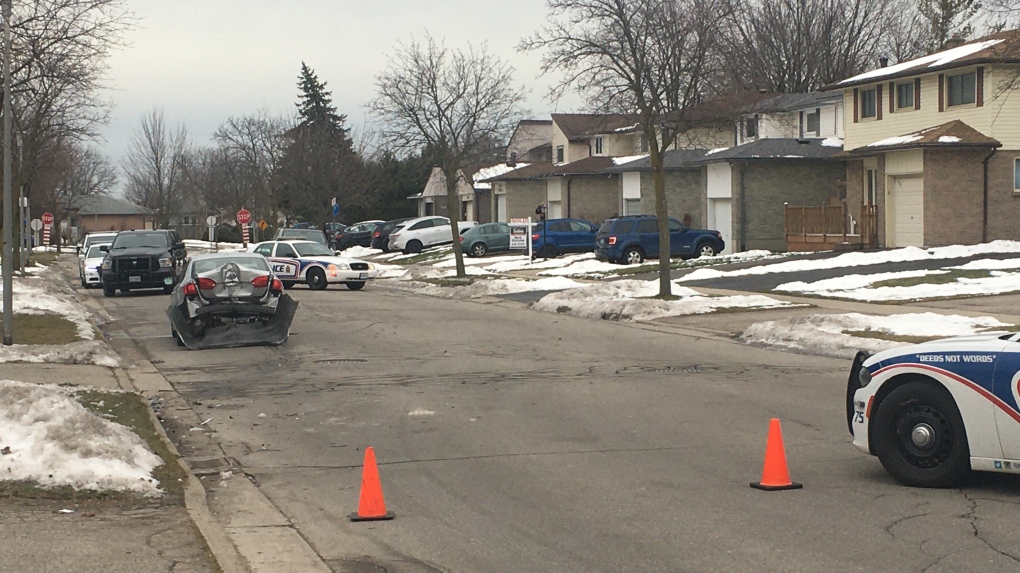 On Friday, officers were called to Millbank Drive and Bexhill Drive after shots were fired at a vehicle, which crashed into a tree.

One witness called it an incident of road rage. Fortunately no one was injured.

Then on Sunday, police executed a warrant at a home on Southdale Road East and recovered two firearms and ammunition.

A 25-year-old Souhwold man is now facing charges including:

He was being held in custody pending a video court appearance on Tuesday.

Three others, a 27-year-old man, 50-year-old man and 29-year-old woman, all from London, are charged jointly by way of warrant with five firearms charges.

The men are also charged with possession of a firearm or ammunition contrary to prohibition order.