On August 5, transgender activist and popular streamer on the website Twitch, Clara Sorrenti, was awakened at her downtown residence by heavily armed police who arrested her at gunpoint and seized computer equipment.

She believes it was an incident of 'swatting'.

Sorrenti believes someone impersonating her online emailed a false threat to city hall with the intent of drawing a dangerous police response to her home.

After being questioned by investigators she was released without being charged.

As a transgender woman, Sorrenti says the terrifying incident was made worse by officers who used her birth name (also called a 'dead name') during the incident, rather than her legal name. 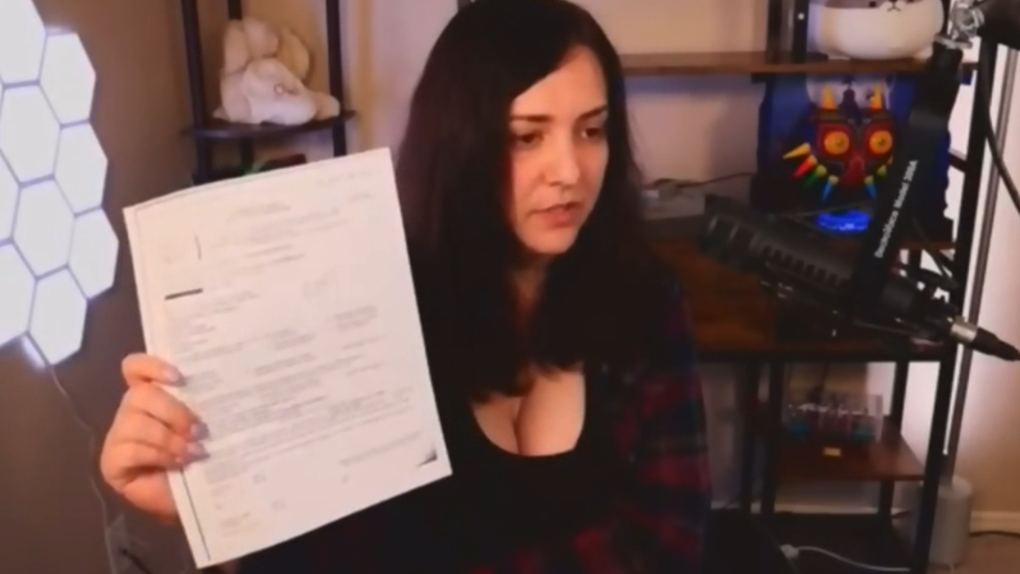 Transgender activist and Twitch streamer, Clara Sorrenti is seen in this undated file image. (File)
On Wednesday, Police Chief Steve Williams declined to be interviewed about how officers treated Sorrenti, instead issuing a statement, "It has come to my attention that Ms. Sorrenti was referred to during her time in London police custody by an incorrect name and gender.

We acknowledge the distress this has caused Ms. Sorrenti and we will be reviewing the occurrence to understand how that might have happened."

It was CTV News that notified Sorrenti about the chief’s admission that mistakes were made.

"Actually you were the first to make me aware of the statement," she explained outside the police station after retrieving computers and a cell phone that had been held by investigators.

Not included in Chief Williams’ statement was a direct apology, something that still bothers Sorrenti, "I think it’s obvious to everyone that this wasn’t okay. I’m quite frankly shocked they haven’t issued an apology for what they did."

London’s first openly gay city councillor Shawn Lewis says after many steps forward building trust between the LGBTQ2+ Community and London Police— the use of an incorrect name and gender is a step backwards.

"We have to get it right when these situations happen, because it does undermine the confidence of the community when this sort of incident happens, and it hurts an individual," Lewis explains.

He’s concerned there may be a gap between diversity training and real world behaviour, "There’s work to be done, there’s a difference between training and implementation."

Chief Williams’s statement commits that London Police will learn and do better after "falling short sometimes."

Sorrenti believes the extent of the humiliation she felt must be better understood.