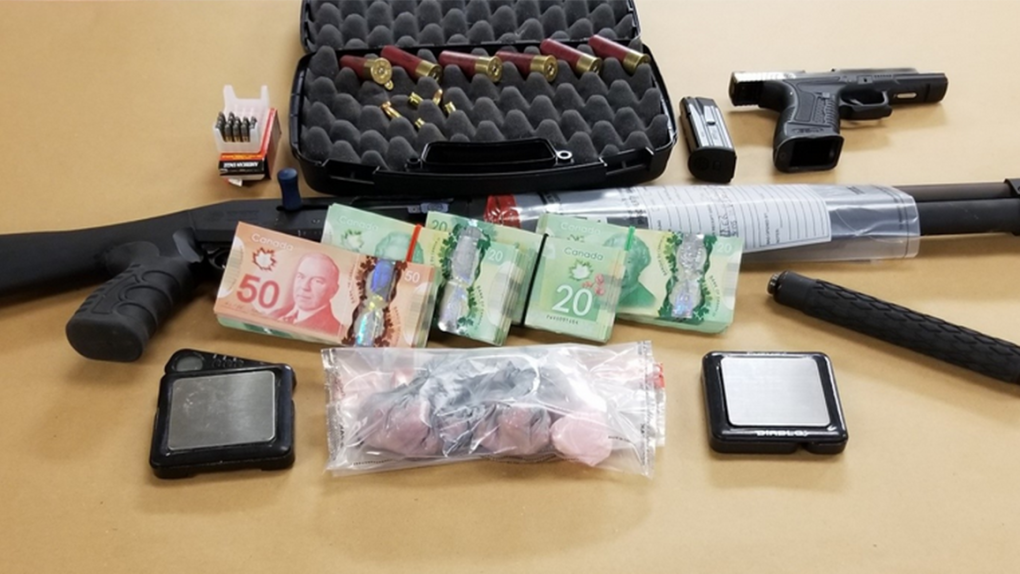 Guns, drugs and cash seized in London, Ont. on Wednesday, Feb. 10, 2021 are seen in this image released by the London Police Service.

Police search locations on King Street, Marconi Boulevard and Westminster Boulevard, seizing weapons and more than $60,000 in drugs and cash.

All are jointly charged with two counts of careless storage of a firearm, weapon, prohibited device or ammunition, possessing a firearm other than restricted or prohibited firearm knowingly not holding a licence and possession for the purpose of trafficking.

While youths cannot be named, police say they are also not releasing the names of the adults as they "could potentially identify the youths charged."