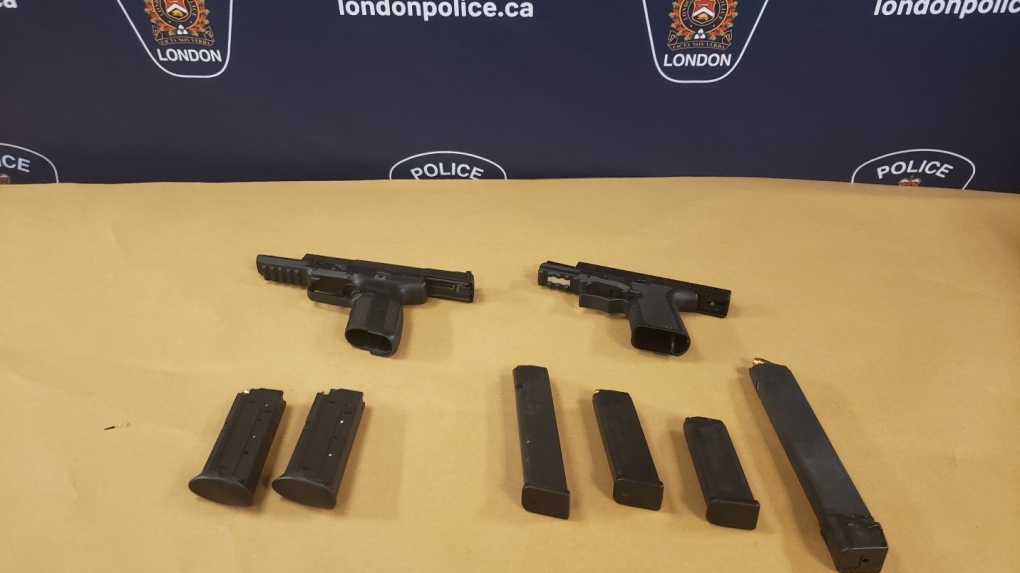 Items seized by London police following a search of a home on Highland Avenue on June 23, 2022. (Source: London police)

An arrest has been made after gunshots were heard in a residential area of the city earlier this month, according to London police.

On June 13, residents of a twin-tower apartment complex at the corner of Highland Avenue and Commissioners Road told CTV News they heard bursts of gunfire at around 11:30 p.m. on June 12.

After receiving multiple 9-1-1 calls at the time, police, the K-9 Unit and the Emergency Response Unit swarmed the property and were able to determine that a firearm had been discharged in the area.

On Thursday, police say with the help of the K-9 unit, a man was arrested on Brydges street and a home on Highland Avenue was searched.

A 36-year-old has been charged with the following offences: