Londoner Ola Dahman, who left war-torn Gaza over two years ago, is pleading with the Canadian government to help reunite her family here in Canada.

Twenty-three-month-old Layan has never met her father or two brothers in person. They are in Gaza, and she lives with her mother Ola Dahman in London.

“You feel that you are walking, talking, but you are disconnected from the surrounding, because you always think about your sons, when will you see them,” says Dahman.

Dahman came to Canada on a visitor visa back in May of 2019, she was five months pregnant at the time, and decided that it was too risky to go back home to Gaza.

“It was not easy, it was tough, I spent all five months, until I gave her birth, crying. Every day every night and even at night when I went to sleep I always imagine that I was hugging my youngest son.”

The mother of three received refugee status in October 2020.

She is one of a dozen Convention refugees from Palestinian who are in Canada, and have put in a permanent residency application for their loved ones to be brought over from Gaza. 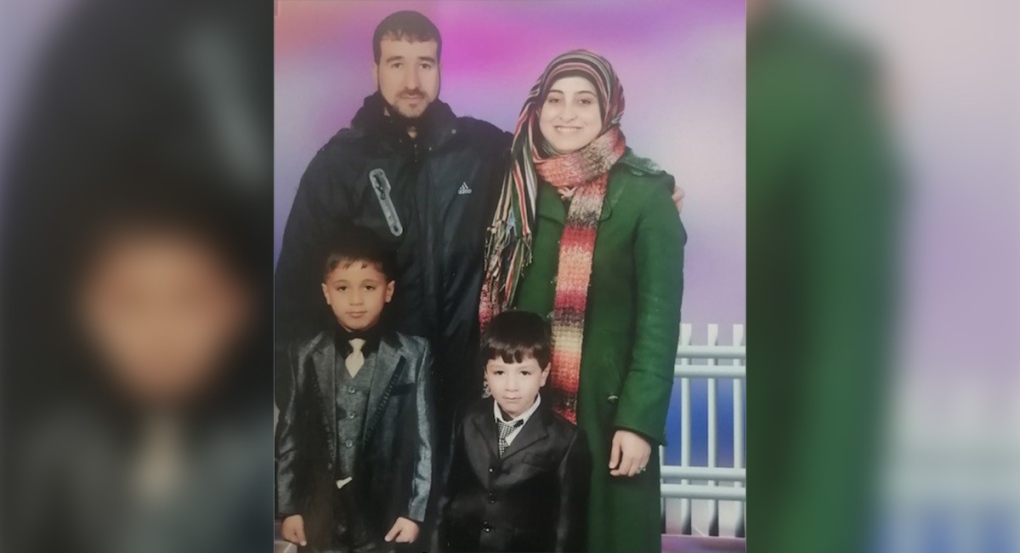 “The current processing time for most permanent resident application is 39 months. Folks like OIa have been here anywhere from two to four years already. So the pain of family separation, which can be anywhere from three to six years now, is incalculable, indescribable,” says Matthew Behrens of the Rural Refugee Rights Network.

Behrens has been lobbying the federal government to expedite Dahman’s application.

“What we’re calling on Immigration Canada to do is to issue a temporary resident permit that would allow the family to come over to Canada where they can be safe, they can reunite, and they can start on the path to healing, while their permanent residency application is being processed."

Behrens says the violence in Gaza is ongoing, and fears the family is running out of time.

“If they’re left in Gaza for another month, two or three months, while they are processing their applications for temporary residents permits, God forbid that someone is killed, when they could have been safely here during that processing.”

Dahman has a master's degree in computer engineering and is currently enrolled in Fanshawe College's Software and Information Systems Testing program.

She hopes to finish school and start working in time to support her family if and when they are able to come to Canada.

Canada's costly election: Could $600M have been spent elsewhere?

After the most expensive election in Canadian history resulted in little change politically, many are asking whether it was worth the $610-million price tag and where else that money could have been spent.

Canada has now fully vaccinated 79.46 per cent of the country's eligible population.

British actor Tom Felton, known for his portrayal of Draco Malfoy in the 'Harry Potter' movies, collapsed while playing a celebrity golf exhibition Thursday at the Ryder Cup.