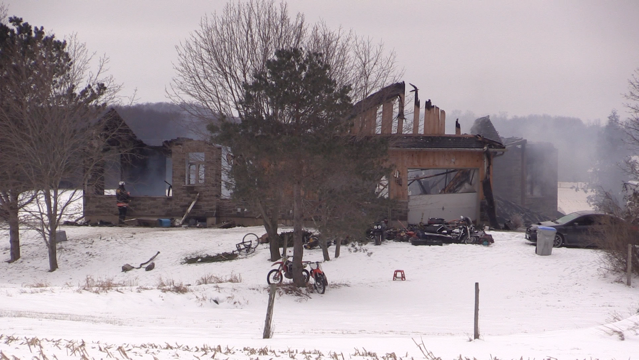 WINGHAM, ONT. -- A London woman has been charged with two counts of arson following a fire that destroyed a home near Bayfield last month.

The owners of the home say the suspect was a tenant living in a basement apartment in their home on Whys Line, that went up in flames on Jan. 7.

The home was completely destroyed in the blaze, which also claimed a number of pets.

The homeowners also say their eldest son was home at the time of the fire. Emergency officials reported no injuries.

The accused has been released, with her next court date on March 29.