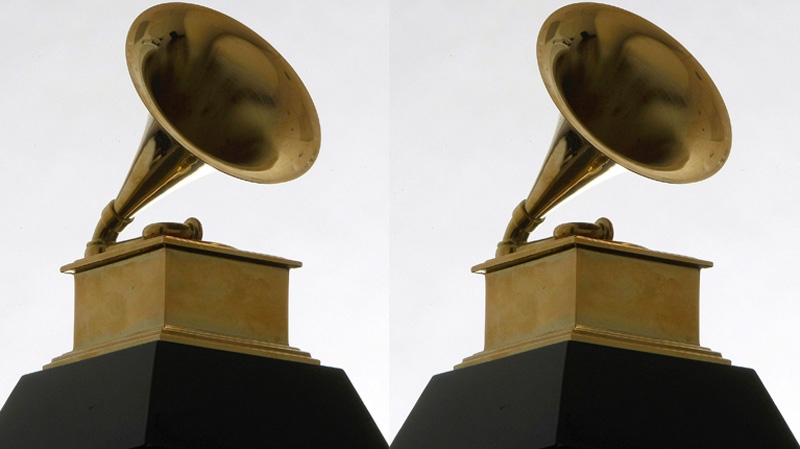 The Toronto pop sensation is taking home trophies for best urban contemporary album for "Beauty Behind the Madness" and best R&B performance for "Earned It (Fifty Shades Of Grey)" from the original soundtrack for the film "Fifty Shades Of Grey."

The awards were handed out Monday afternoon at the pre-telecast ceremony in Los Angeles. The Weeknd was not there to accept the honours.

Joining the Weeknd, a.k.a. Abel Tesfaye, with his first career Grammy is Justin Bieber.

He shared the best dance recording honour with Skrillex and Diplo for the collaboration "Where Are U Now."

The Skrillex and Diplo collaboration, which they released under the moniker Jack U, also won best dance/electronic album.

Canadians have nabbed a total of five Grammys so far.

Legendary singer/songwriter Joni Mitchell won for best album notes on "Love Has Many Faces: A Quartet, A Ballet, Waiting To Be Danced."

Jan Haust, a native of London, Ont., and Hamilton's Peter Moore captured the honour for best historical album for "The Basement Tapes Complete: The Bootleg Series Vol. 11," featuring music of Bob Dylan and Toronto's the Band. The duo shared the award with Steve Berkowitz, Jeff Rosen and Mark Wilder.

The top awards will be handed out during Monday night's televised ceremony.

Canadian acts collectively had more than 20 nominations heading into the awards, capping off a sensational year in which Canucks commanded seven of the top 10 spots on the Billboard Hot 100.