What was supposed to be a carefree shopping day turned into anything but for Dr. Rubina Tahir and her family.

“The man proceeded to yell, ‘Go back to your country’ with obscenities,” she explained. She was recounting an experience she had Sunday when she and her husband took her elderly father to the south London Costco.

“You know, made the situation completely worse, completely heart-breaking.”

Rubina tells CTV News London that while waiting for a parking spot in the busy Costco lot, another driver became “enraged.” She says he got out of his own car and approached theirs. That’s when verbal attacks, including racial slurs, escalated to a physical attack.

“He was banging on the car window. He reached and pulled the wiper blade, continuously screaming, enraged. We were shocked. He then opened the passenger side door, grabbed my dad’s mask, and then he grabbed my dad and he wanted to fight.” 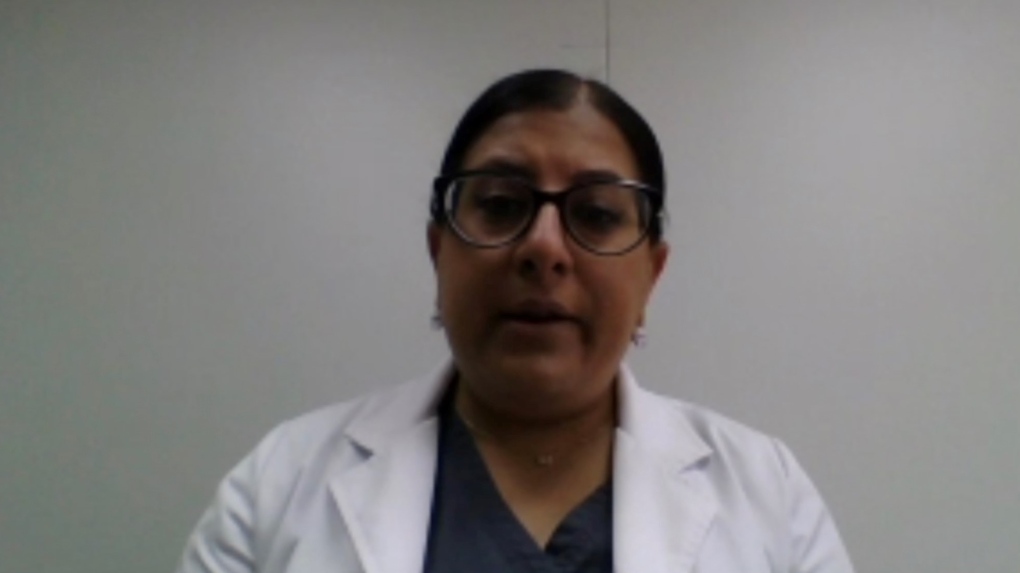 The incident came to light after Rubina’s brother, Nawaz Tahir, a well-known leader in the London Muslim community, took to social media to say his 75-year-old father had been assaulted.

Today my father was assaulted in the Costco south parking lot. Thank God he is ok as 3 Costco employees and several bystanders intervened. The assailant could not wait for my brother in law who was waiting for a vehicle to back out so he could park in that spot. The assailant was

That was followed by a flurry of replies on Twitter, including from Maggie, who tweeted she’s “completely unsurprised” and “this city is racist.”

I am so very sorry, completely unsurprised but very sorry. This city is racist, always has been and unfortunately it appears that nothing is changing anytime soon. My thoughts are with you all especially your Father. This city whether it knows it or not, is lucky to have you here

I’m appalled, Nawaz, and feel very sad for your father and family. Sending you my support and hopes that your father will receive justice

While London city councillor Stephen Turner said, “your story helps to highlight the unspeakable events that occur too often.”

Thank you for sharing this, Nawaz. I can’t even imagine what you and your family must be feeling right now. Your story helps to highlight the unspeakable events that occur too often so that we can continue to drive it into daylight & bring change. I hope some justice can be found

“My father is elderly, he walks with a limp, so he’s not a threat to anybody,” said Nawaz. He says at first London police told them they would not pursue charges against the alleged assailant because his father raised his hands after he had been attacked.

“You’re in the heat of the moment, someone has already assaulted you, and is continuing to verbally speak to you in an aggressive tone. So what are you supposed to do in those circumstances when you just want to get in to the store?” 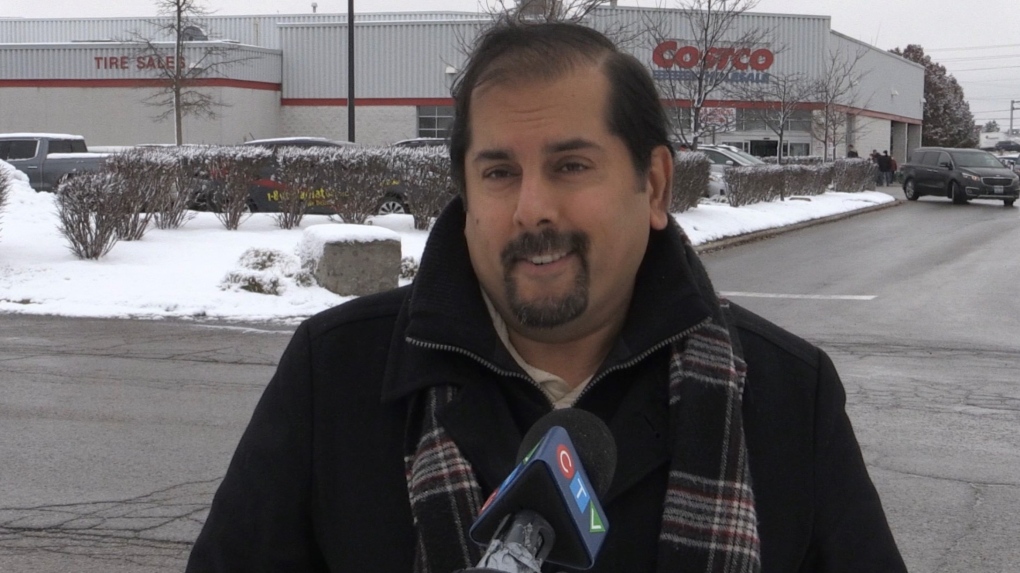 Police later said they were continuing to look into the incident, and issued this statement Monday:

“This investigation is active and ongoing. We take incidents such as these seriously, and can confirm that officers continue to look into this matter.”

The parking lot incident took place amid ongoing efforts to fight back against Islamophobia.

London NDP MPPs are calling for measures to hold perpetrators to account. The proposed Our London Family Act follows the deadly attack on the Afzaal family this past June, in which three adults and a teen died after being struck by a pickup truck in what police said was a terror attack. A nine-year-old boy survived the attack with serious injuries.

London North Centre NDP MPP Terence Kernaghan says Islamophobic and other racist acts have been steadily on the rise.

“I think we also need to come to terms with the fact that many of these acts go unreported, and quite frankly I think that’s unacceptable. People need to feel safe, they need to also be ready and feel as though they’re heard when they report incidents such as these.”

Among other measures, the proposed bill would see the creation of an accountability office which would provide assistance to victims of hate crimes.

Nawaz added that the “justice system is really not assisting victims of hate crimes by taking the proper steps to believe it or prosecute it.”

Meantime, if there’s any consolation in the upsetting weekend incident, Rubina says it’s that a number of people in the Costco parking lot, along with Costco staff, came to their aid while the family was under attack.

“We’re thankful for the people that were in the parking lot, and specifically one person said, ‘They’re allowed to be here. This is a family outing.’”