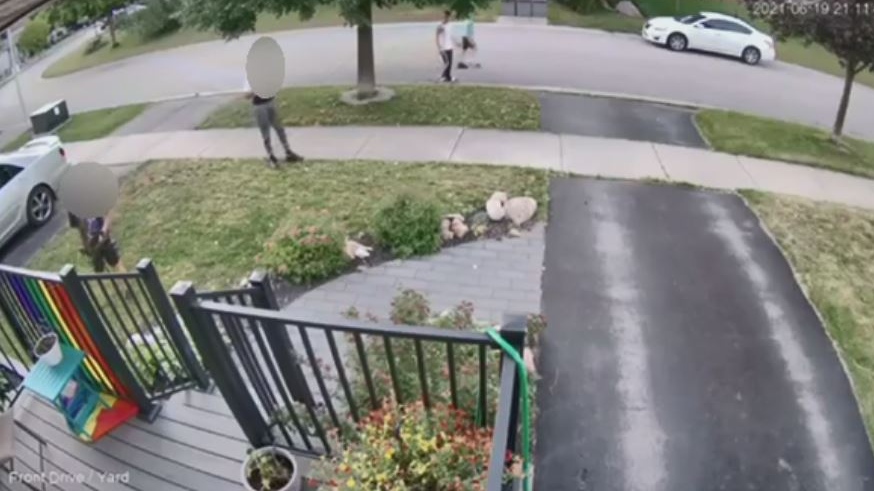 London resident, Stephen Karchut, is expressing shock and deepened sadness after finding out his Pride flag was ripped from his front porch around 7 p.m., Sunday evening.

Video surveillance shows four teenagers approaching Karchut’s property with one of the four tearing down the Pride Flag that was zip-tied to his front porch.

“You see Blue Jays flags, you see other country’s flags, Canadian flags. None of them have been noticeably missing except ours,” says Karchut, who believes this was a targeted attack on himself and the LGBTQ community.

Karchut adds that he never expected something like this to happen to himself and his partner in London, “To have a flag that symbolizes our very existence, torn down in a month that is supposed to celebrate who we are, just really, really cuts through you.” 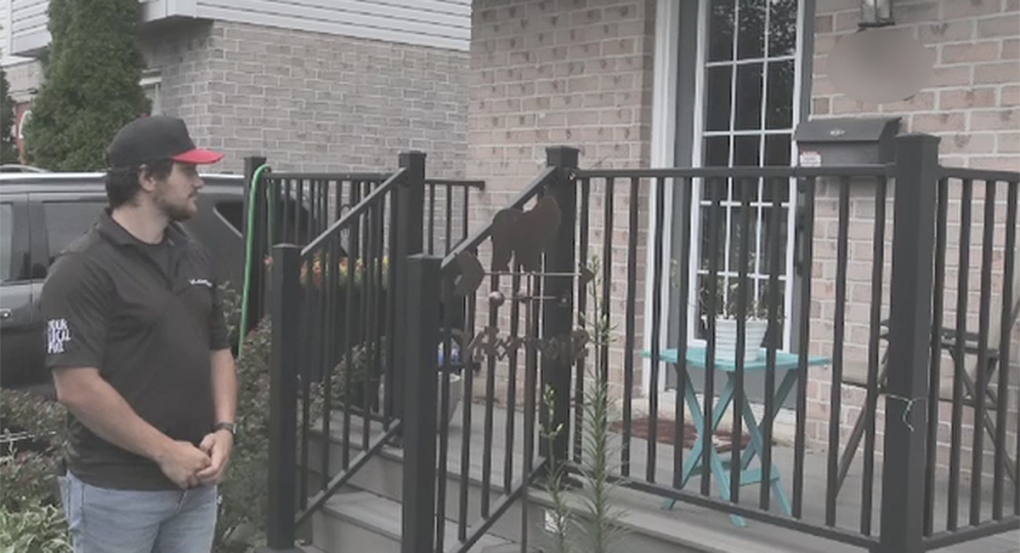 London police are aware of the incident and investigating. They are asking anyone with information about the stolen flag to contact them.

Karchut is asking the youth involved in the incident to return the flag.

Meanwhile, Owen Sound police are investigating after the city's rainbow crosswalk was vandalized over the weekend.

“This senseless act is contrary to the beliefs of an accepting and inclusive community,” said Owen Sound Police Chief Craig Ambrose in a news release. “I encourage anyone with information to come forward to the police so that those responsible can be brought to justice.”

June marks Pride Month as the world's LGBTQ2 population celebrates the freedom to be themselves.