London, Ont. lawyer sues critics after backlash against his comments on women and race 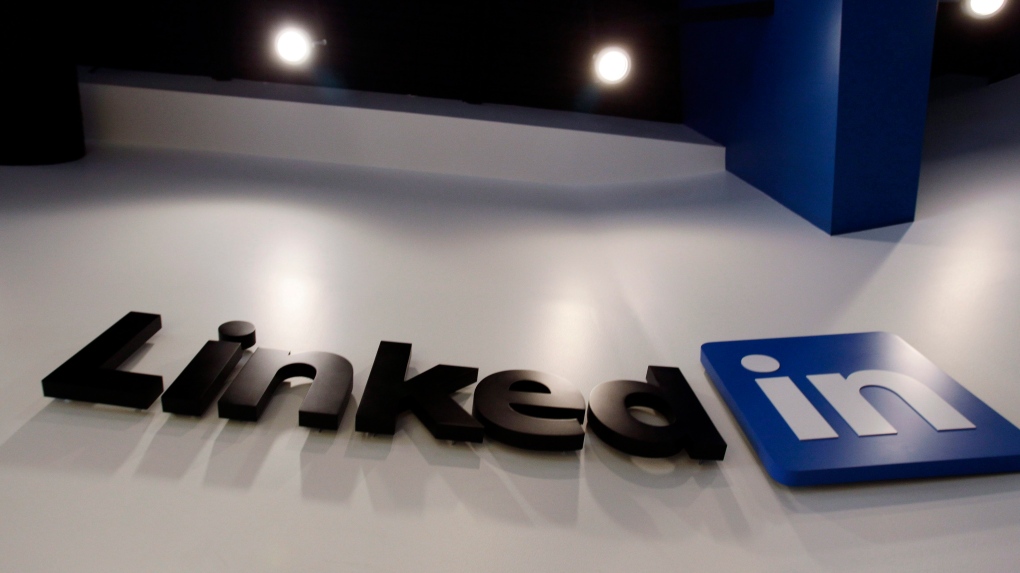 In this May 19, 2011 file photo, the LinkedIn logo is displayed in the foyer at headquarters in Mountain View, Calif. LinkedIn Corp. (AP / Paul Sakuma)

TORONTO -- A lawyer whose comments on women and race sparked a social media backlash has filed a claim for damages against his critics, who complained about his conduct to the professional regulator.

In more than a thousand pages of materials filed in Superior Court, Oussama Hamza, of London, Ont., also takes aim at the Law Society of Ontario and demands a judge who is a "red Indian" hear the case.

"If the parties cannot consent on an Indigenous judge, then a Muslim Arab will do," Hamza says in his court filings.

The case arose when a lawyer in Toronto, Vincent Rocheleau, posted a message on LinkedIn in October about a project at the University of Ottawa related to how women had experienced the COVID-19 pandemic.

Hamza responded by saying, among other things, the project was "discriminatory toward men and other gender identities" and served "no social promotional purposes."

He also opined that women don't write their histories because they don't care to do so, that women "don't generally consider being a philosopher or historian `sexy'," and a "traditional man's man is an extremely capable historian and philosopher, like leaders of nations."

Hamza's views led to a flurry of criticism -- "utter garbage," "blathering nonsense" and "deserving of discipline" -- and counter-criticism in which he called one lawyer a "low self-esteem loser," another a "wog," and said white women had raised "murderers of Indians and Blacks."

Rocheleau and others complained to the law society about Hamza's publicly stated views, which in turn "caused Mr. Hamza significant upset and concern," Justice Ian Leach noted in a recent endorsement.

The complaints prompted the law society to open an investigation, which Hamza brands as an unnecessary and harmful inquisition. He has refused interview and documentation requests from society investigators.

"They inquisition Mr. Hamza for being a racist after extirpating Indigenous races on this continent," the self-represented Hamza says in his factum.

In his application, Hamza calls for the recusal of any judge assigned to hear the case who is not a "red Indian" and therefore a "colonizer."

He also wants the court to declare the law society a "racist and failed institution" and state it has no jurisdiction over the private lives of lawyers.

"The purpose of these complaints is clearly to punish Mr. Hamza, as the complainants know the procedure is punitive and expect no repercussions from it," he states.

Hamza also wants the courts to rule he has the right to declare non-confidence in the law society, and that he should not have to pay fees to it as it is "useless" to him.

The plaintiff seeks more than $200,000 in various damages from the defendants, which besides the law society and Rocheleau, include three others.

Hamza said on Friday he would only comment on condition he approve the final article.

Hamza alleged defamation, "spamming" and breach of privacy. His application calls his views on race "nuanced" and informed by history and biology.

In responding documents, Rocheleau says Hamza has failed to follow a long list of normal court rules. They include filing an over-length factum in support of an "incomprehensible" application that is "completely bereft of merit."

"It contains vitriolic, derogatory and unseemly comments about the respondents, minorities and women that have no place in a filing in this honourable court," Rocheleau asserts. "Frankly, it appears to be an attempt to improperly introduce evidence through the back door."

The law society, too, is calling on the courts to throw out Hamza's "scandalous" application as both devoid of merit and an abuse of process.

Others involved declined comment as the matter is before the courts.

This report by The Canadian Press was first published Feb. 5, 2021.