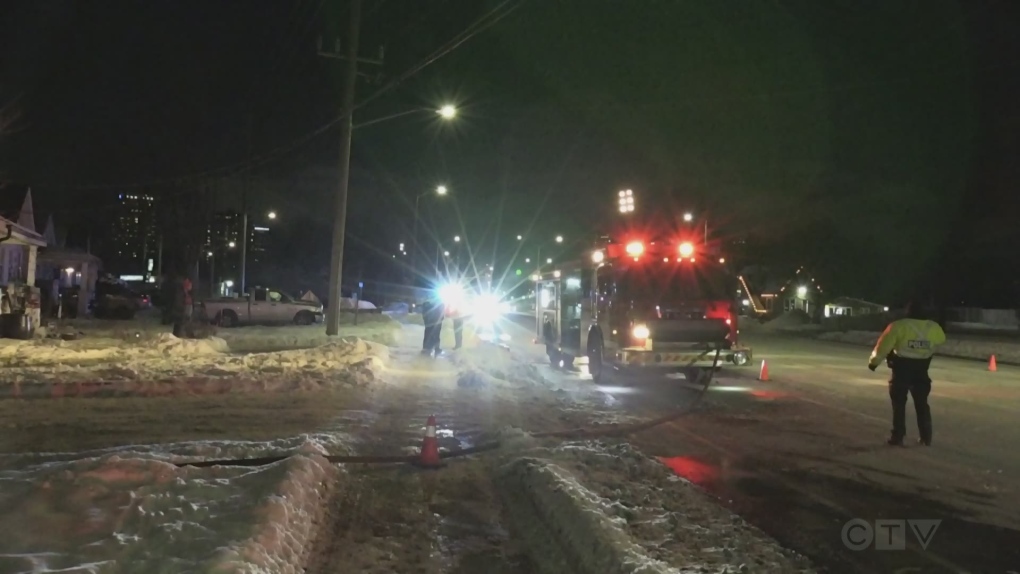 Officials say between six and eight people managed to get out safely when fire broke out around nine at this home on Riverside Drive just west of Wharncliffe Road.

The fire was contained to the back of the home. There's no word on the cause at this time.

Just a little while earlier, crews had to put down a blaze at a high-rise apartment on Berkshire Drive.

The fire was contained to a ground floor unit. No one was hurt.

"We don’t look at monitor alarms any different than a fire. And good thing for this case. We arrived on scene and ended up having fire and smoke upon arrival at that fire. Luckily again we were able to attack that fire aggressively, get it under control, and contain it to that unit alone," says Platoon Chief Gary Mosburger.

Crown prosecutors want Ottawa protest organizer Tamara Lich sent back to jail to await trial, claiming she breached her bail conditions by agreeing to participate in an event next month where she will receive a 'Freedom Award.'

DEVELOPING | 'Somebody out there is missing this child': Remains of young girl found in water in Dunnville, Ont.

Provincial police announced Wednesday the human remains found in the water in Dunnville, Ont., the day before are that of a young girl.

Prince Charles and Camilla, Duchess of Cornwall, lit candles and listened to a prayer service on Wednesday inside a gilded Ukrainian Orthodox cathedral in Ottawa, while congregants and onlookers waved blue-and-yellow flags and Union Jacks outside.

Portuguese authorities said on Wednesday they had identified five cases of rare monkeypox infection and Spain's health services are testing eight potential cases after Britain put Europe on alert for the virus.

Chantel Moore, a 26-year-old Indigenous woman killed by police in New Brunswick in June 2020, was shot twice in the chest, once in the abdomen and once in her left leg, the pathologist who conducted an autopsy on her said Wednesday.

Women are almost twice as likely to be trapped in a car after a crash: study

A new study out of the United Kingdom has found that women are almost twice as likely as men to be trapped in a vehicle after a crash.