Three families from the Deer Ridge neighbourhood in West London, Ont. hosted a pancake breakfast Saturday to start conversations about breaking down barriers in their community.

13 days after a fatal crash took the life of four members of the Afzaal family, the neighbours organized a fundraiser this week which quickly snowballed into a larger event which saw more than 200 people attend. 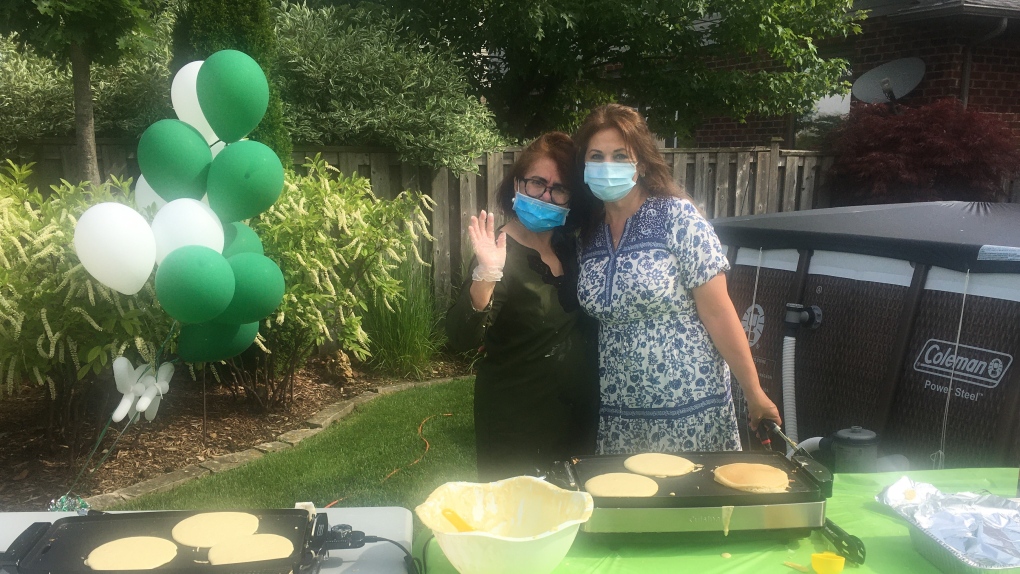 "It was just the need for us to come together as a community, get to know one another learn about one another and meet our neighbors just build a stronger, more resilient community," says Jennifer Spinney, one of the organizers who hosted the event in her backyard less than 2 km from the site where the Afzaal family was killed.

"Several members in our community, part of the Muslim community and friends with the family who were affected," says Spinney.

Muslim's in attendance Saturday say the outpouring of support from Londoners has been 'unbelievable' over the past two weeks.

''It is still raw, we are still a little nervous and we're still scared," says Gennan Fakih, a muslim woman, and co-organizer.

"Our children are worried but I think seeing everybody come together has really empowered them and they're feeling the love," says Fakih.

One of those children is 12-year-old Jianna Ibrahim.

"I obviously want everyone here to just be treated like they're just people and I want everybody to be treated equally," says Ibrahim.

"We all have our differences, but that's what makes us special so I feel like we all just need to accept who we are and come together".

The organizers managed to get major corporations like McDonalds, Tim Hortons, Dollarama, Costco and the Real Canadian Superstore on board. Springbank Balloons and A&B Party Rental also contributed to make the breakfast possible.

Among the hundreds who came by was London West MPP Peggy Sattler. 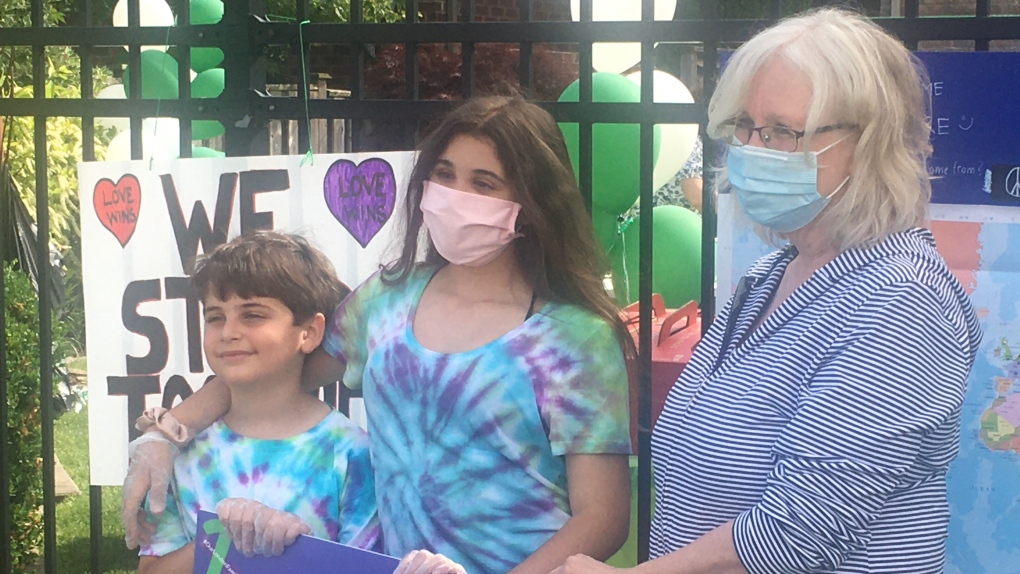 "There's so much work to do in order to deal with hate and Islamophobia and to heal and move forward together as a community," says Sattler.

"These kinds of events really show that Londoners want to embrace our Muslim family and they want to connect and and show that they care about what happened. The terror attack has forced a lot of people to start reflecting on their own biases and their own whispered judgments that may be made because of the way someone looks, dress, because of the food they eat or because of the faith that they practice".

Sattler hopes the tragedy touched a chord of common humanity that people didn't reflect on before, and think's it will spark a change to move beyond racism, hate, discrimination and Islamophobia.

"I'm hoping that it's the beginning of learning about one another," says Spinney.

"We have a space for people to write down some comments about maybe fears that they have about their neighbours, or perceptions about what they believe their neighbors think of them. I'm hoping to start a conversation about what our fears are, and then we can review those responses and explain those responses through cultural and religious differences."

Organizers accepted donations for pancakes, and the breakfast raised $1800. The money will be directed by the Afzaal family as they are no longer accepting money for themselves.

Anyone else who wishes to contribute can do so through the Launch Good Campaign which is endorsed by the Afzaal family, the London Muslim Mosque and the National Council of Canadian Muslims.

Four space tourists safely ended their trailblazing trip to orbit Saturday with a splashdown in the Atlantic off the Florida coast. Their SpaceX capsule parachuted into the ocean just before sunset, not far from where their chartered flight began three days earlier.