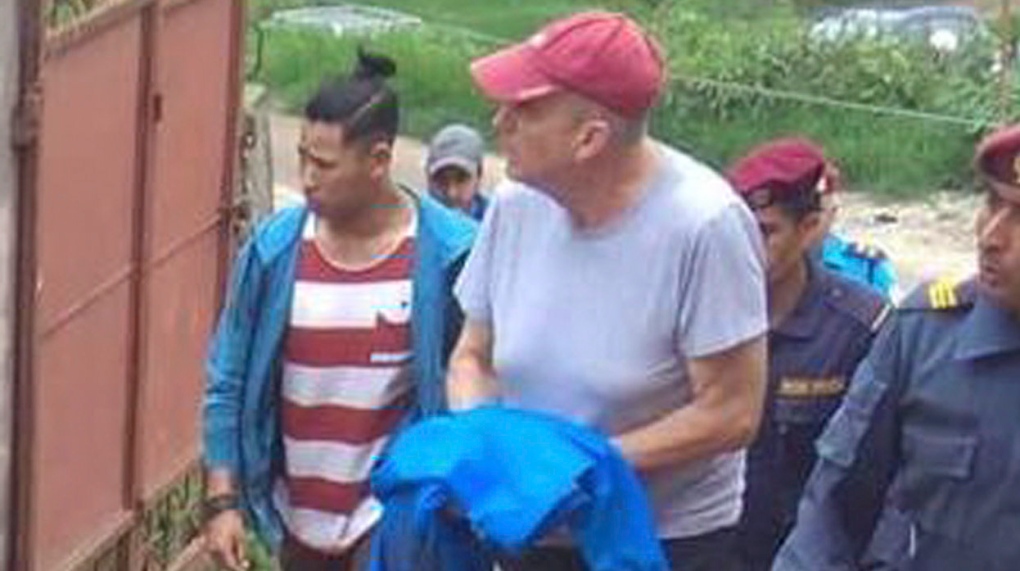 TORONTO -- A prominent Canadian aid worker in Nepal has lost his appeal of a conviction for sexually assaulting two children but saw his sentence cut by one year to eight, members of his legal team said on Friday.

"I am still trying to understand what went wrong," defence lawyer Dennis Edney said from Kathmandu. "It's a miscarriage of justice, that's what it is."

Nepalese police alleged Dalglish, 62, had raped two Nepalese boys aged 11 and 14, who were in his mountain home in the village of Kartike, east of the capital. Officers arrested him at home in the early hours of April 8, 2018.

A district court convicted him last June and sentenced him to nine years in prison, despite his denial of any wrongdoing.

Nepalese conservationist Minoj Gautam, who was introduced to Dalglish several years ago by primatologist Jane Goodall, said the Appeal Court's decision was hard to take.

"We're just coping with the blow of the order from the High Court," Minoj Gautam said from Kathmandu. "We thought we had done very well because we had systematically debunked all the so-called evidence that was produced."

On appeal, Dalglish's lawyers argued his trial had been unfair. They raised inconsistencies in the evidence, what they said were threats and intimidation by investigators, and the fact that neither of the alleged victims or their families had complained about him.

The defence also said both youths had recanted their accusations, and the prosecutors had no solid evidence. They also said the court ignored a ticket and boarding pass that proved Dalglish wasn't where one of the alleged incidents occurred. Other evidence against him included photographs of children published in a book he wrote two decades ago.

For its part, the prosecution focused on testimony from the alleged victims but spent most of its time discussing the sentence.

Dalglish himself gave a "touching" closing speech to the court about how his daughter's picture, showing her topless as a young child, had been used against him, Gautam said. He also described how he had kept up hope despite suffering through a "dark period" of the past 21 months.

"The only reward that he feels like that he has received for helping people...is this allegation, which has besmirched his reputation beyond recovery," Gautam said.

Ultimately, the two justices hearing the appeal upheld the conviction but cut his sentence to eight years.

Dalglish's legal team is now considering a final appeal to Nepal's Supreme Court. However, they are far from optimistic about his chances given the court rulings.

"People are not that hopeful," Gautam said. "It's a big blow to the trust that we had put in our justice system."

Edney, too, said he had no faith in the Nepalese justice system and noted there was no international treaty to allow Dalglish to serve out his sentence in Canada. He called on the Canadian government to get involved in hopes that a ranking politician in Nepal could effect Dalglish's release.

"What needs to be done is for our government to speak to the Nepalese government privately," Edney said.

At the time of Dalglish's arrest, Pushkar Karki, the chief of Nepal's Central Investigation Bureau, accused the Canadian of luring children from poor families with promises of education, jobs and trips, then sexually abusing them.

This report by The Canadian Press was first published on Jan. 24, 2020.