LONDON, ONT -- A London mother of six who was severely injured in a collision while on vacation in Jamaica has been transferred to hospital in London thanks to a large donation from comedian Chris Tucker.

Anika Walters, 39, who was critically injured in a horrific accident in Jamaica on Jan. 19 has returned back to Canada.

“Overjoyed with emotion, excited, anxieties feeling because it’s been a long road, honestly, angels above God has been moving, and working, in a miraculous way, and that’s how I feel, so I’m just excited,” says Anika’s sister, Kiesha Dominiqua Gray.

Family and friends have been trying to get Walters back home for medical attention since the accident.

Walters, along with four men, were on their way to the airport when their car collided with a bus killing all the men and leaving Walters with critical injuries. 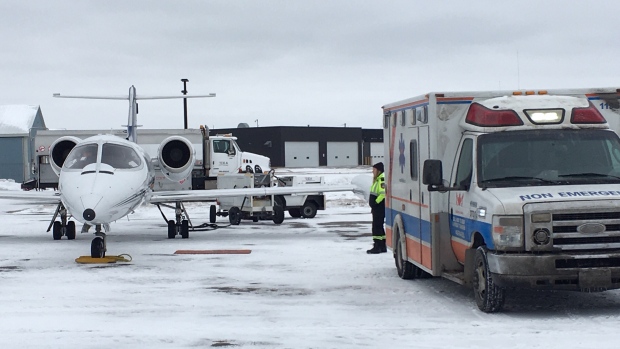 A plane carrying Anika Walters, who was critically injured in a crash in Jamaica, is seen after arriving London, Ont. on Thursday, Feb. 6, 2020. (Reta Ismail / CTV London)

Walters is a mother of six and air ambulance transportation home was said to cost up to $70,000.

Her family contacted media to get the word out in the hopes of raising the money to bring her home.

According to her family all of her surgeries will need to be done in London hospital due to the Jamaican hospital not being well-equipped.

The word got out and reached comedian and celebrity Chris Tucker, who according to the family, made a sizeable donation that allowed for the medical transfer to take place. 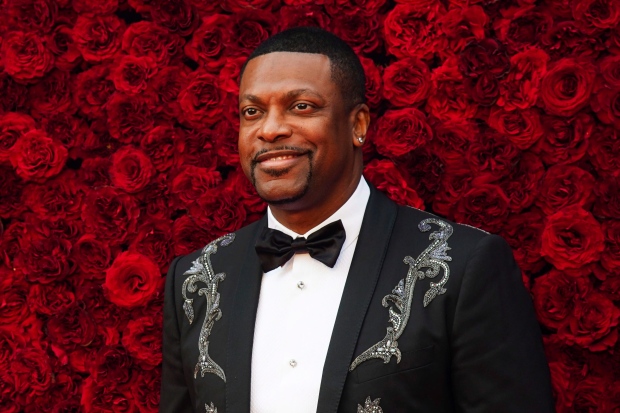 Chris Tucker poses for a photo in Atlanta on Saturday, Oct. 5, 2019. (Elijah Nouvelage/Invision/AP)

Shortly after 2 p.m. on Thursday a private jet carrying Walters, along with medical staff, landed at the Executive Aviation tarmac at London International Airport.

Three of Walters’ children, along with her sister and friend, anxiously waited for her arrival.

The children were able to see their mother before she was transported by ground ambulance to London Health Sciences Center where she will receive medical attention for her injuries.

The crash occurred as Walters was on her way to the airport to fly home to Canada when the vehicle she was riding in collided with a tour bus.

Witnesses say the vehicle was attempting to pass other vehicles when it collided with the bus, which was heading in the opposite direction.

The bus was sent into the ditch while the vehicle was ripped apart. Pictures and video from the scene show the extent of the damage. 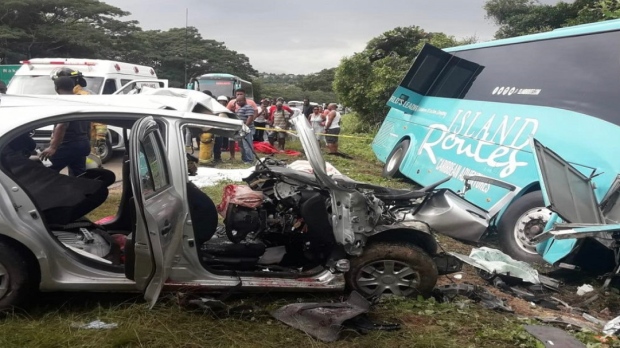 All four men in the car died, and some passengers on the bus suffered minor injuries.

Walters' injuries are extensive, including two broken legs, a broken arm, face fractures, a skull fracture and a concussion.

- With reporting from CTV London's Sean Irvine and Celine Zadorsky.