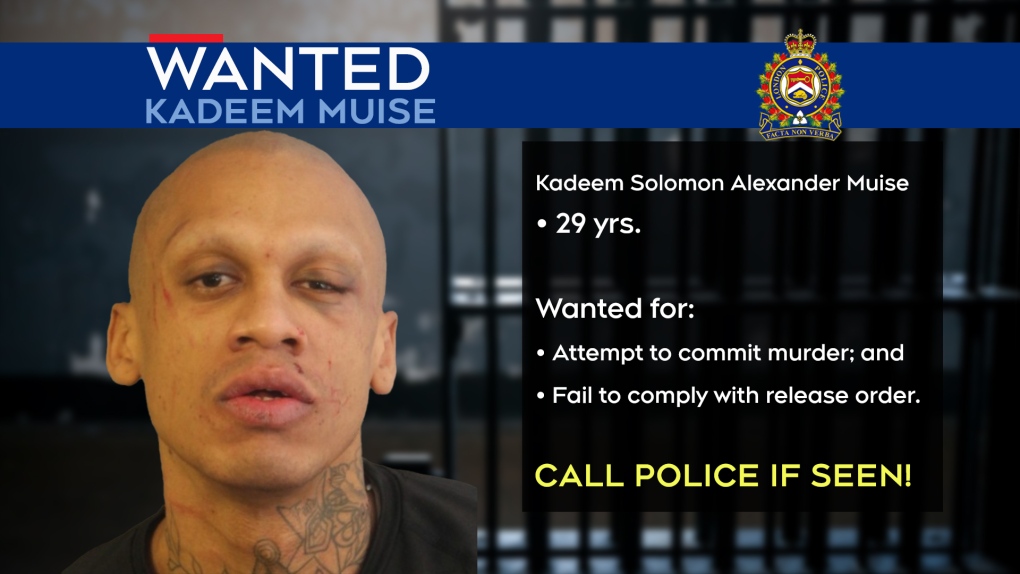 Kadeem Muise is wanted by London Police Services for attempted murder in a stabbing outside Victoria Hosptial on March 11, 2021.

LONDON, ONT. -- London police have laid an attempted murder charge in a stabbing that occurred in mid-March and are searching for the suspect.

It was late March 11, when a 39-year-old man was found outside Victoria Hospital of London Health Sciences Centre (LHSC) suffering from a stab wound.

Police believe that the stabbing occurred outside the hospital and appealed for any witnesses to come forward.

Officers are now searching for 29-year-old Kadeem Solomon Alexander Muise of London, Ont. and have charged him with attempted murder by way of warrant.

The victim has since been released from hospital.

Anyone with any information regarding Muise’s whereabouts is asked to call London Police or Crime Stoppers.