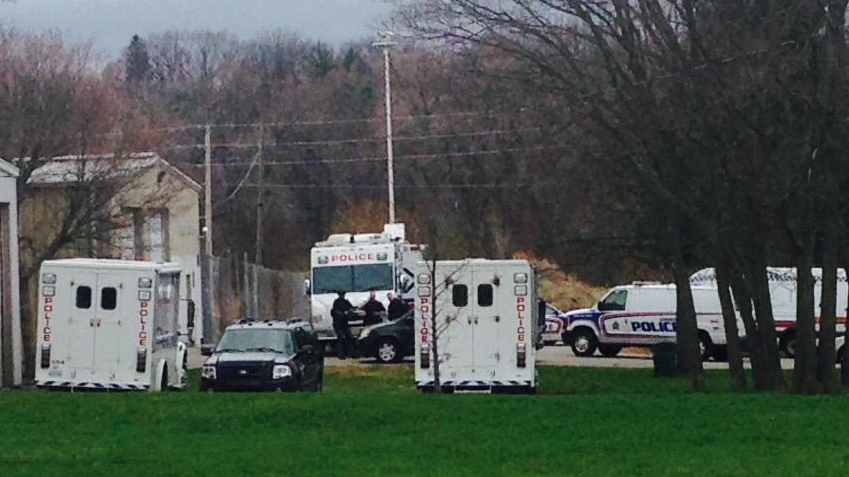 Several police vehicles are shown during a standoff at a home on Madison Avenue in London, Ont. on Monday, April 27, 2015.

The man behind one of the longest police standoffs in recent London history has been sentenced to 15 months in prison and two years probation.

Peter Muir, 50, had been found guilty of several counts including uttering threats and possession of a weapon dangerous to the public peace, namely a crossbow.

Justice Lynne Leitch handed down the sentence in a London courtroom on Tuesday saying first, “This type of behaviour cannot be tolerated in a civilized society."

Muir was involved in the approximately 24-hour standoff in April 2015 at his 113 Madison Avenue home, from which he was being evicted.

He was found to be in possession of a crossbow with arrows, a pellet gun with a silencer and a quantity of marijuana.

During the standoff Muir called the CTV London newsroom, saying he had a crossbow and suffered from PTSD, and that he felt he was being persecuted by police.