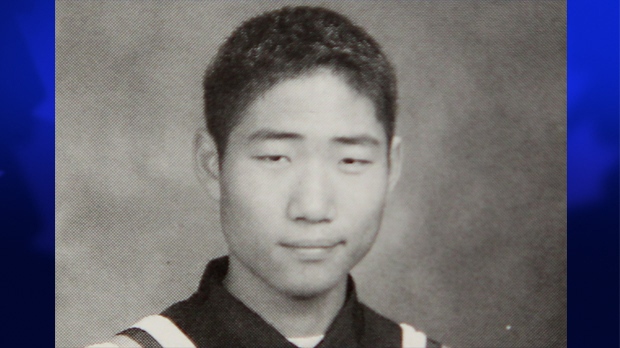 Aaron Yoon is shown in a 2006 yearbook photo from South Collegiate Institute in London, Ontario copied on Wednesday, April 3, 2013. (HO / THE CANADIAN PRESS)

A media report is calling into question claims that the Canadian government has done nothing to help a London man languishing in an African jail.

The report has the sources saying Yoon urged officials not to tell his family in Canada about his situation, a request the government has to abide by due to the Privacy Act.

The latest claims come after CBC played excerpts of an interview on Friday with a man the network said was Yoon speaking from a Mauritania prison, where he said he had been held for the past two years.

The man claimed he had been tortured and beaten behind bars, and that the Canadian government had failed to assist him.

He also said he didn't know how the two Canadians killed in Algeria earlier this year had become linked with militants.

The Canadian government has said it was aware a Canadian has been detained abroad.

Yoon travelled overseas with Ali Medlej and Xristos Katsiroubas, the two men whose bodies were found at the site of the Algerian gas plant siege.

All three men were from London, Ont.

RCMP were called in to help Algerian authorities with their investigation of the siege that killed at least 38 hostages and 27 other militants.

Police held a news conference this week saying investigators are continuing to gather evidence and determine the circumstances that led to Medlej and Katsiroubas departing Canada.

They have asked members of the public to contact them if they have any information about individuals leaving Canada to take part in terrorism plots.

Medlej and Katsiroubas are believed to have played key roles in the January attack.

Police have released no other details about the pair or about other potential suspects for fear it could end up compromising the investigation.