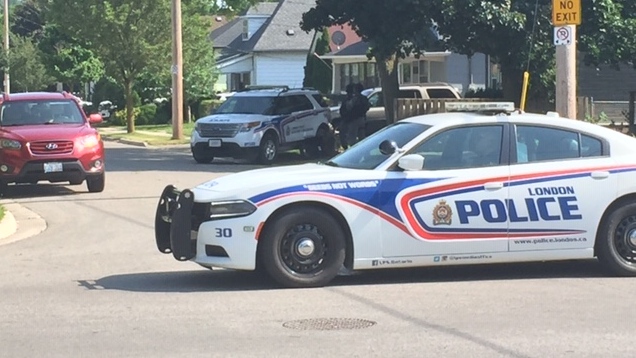 Officers were called to an assault in the area of Brisbin and Dakin Streets around 10:30 a.m. Wednesday.

Some neighbours confronted the suspect in the alleged assault and asked him to leave.

Police say the suspect then assault two males and threatened a female before damaging some property.

As more people went to confront the suspect, police say he picked up a pipe and uttered death threats.

Police couldn't find the suspect until 1 p.m. when he was near a Brisbin Street home holding what appeared to be a rifle.

A search warrant was executed around 8 p.m. and the suspect was arrested.

An 18-year-old London man is charged with assault, assault with a weapon, two counts of uttering threats to cause death or bodily harm and two counts of mischief under $5000.

The accused is expected to appear in a London court Thursday.