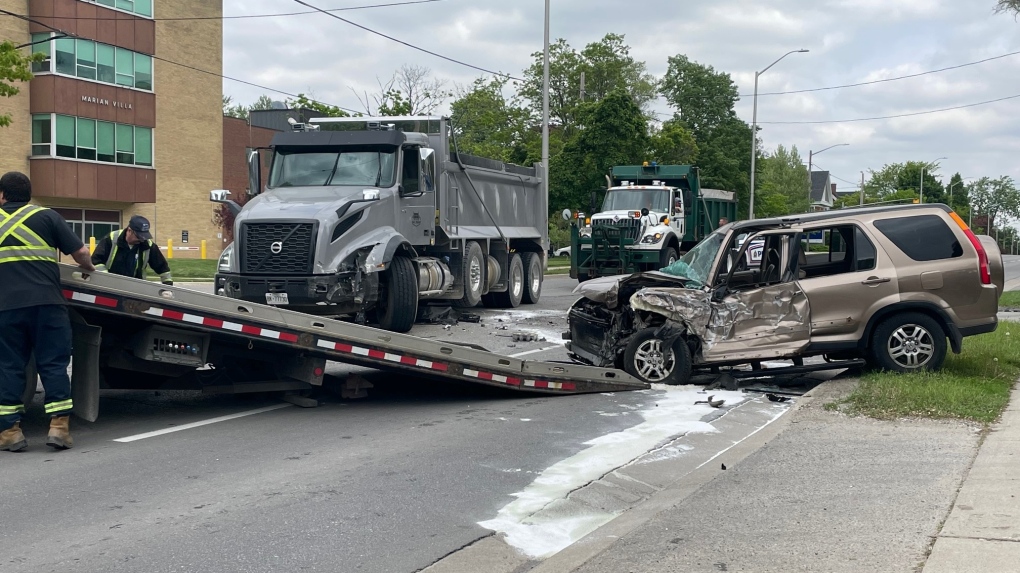 A London man is facing impaired-related charges after a vehicle he was driving collided with a gravel truck on Wednesday morning, according to police.

According to a press release from the London Police Service, at approximately 11 a.m. on Wednesday, emergency crews responded to multiple 9-1-1 calls regarding a collision involving a dump truck in the area of Richmond Street and Oxford Street East.

The driver of one of the vehicles was taken to hospital with minor injuries.

Police say that during the course of the investigation, officers learned that the male operating the SUV was a prohibited driver.

During a search police also found a quantity of drugs.

As a result of the investigation, a 43-year-old London man has been charged with the following offences:

The accused is scheduled to appear in court on July 8 in relation to the charges.

Prime Minister Justin Trudeau is headed to the G7 in Germany Saturday without a consensus from the Commonwealth to condemn the Russian invasion of Ukraine, but with a chorus of countries calling for help to overcome the fallout of the war.

U.S. President Joe Biden on Saturday signed the most sweeping gun violence bill in decades, a bipartisan compromise that seemed unimaginable until a recent series of mass shootings, including the massacre of 19 students and two teachers at a Texas elementary school.

Norway shaken by attack that kills 2 during Pride festival