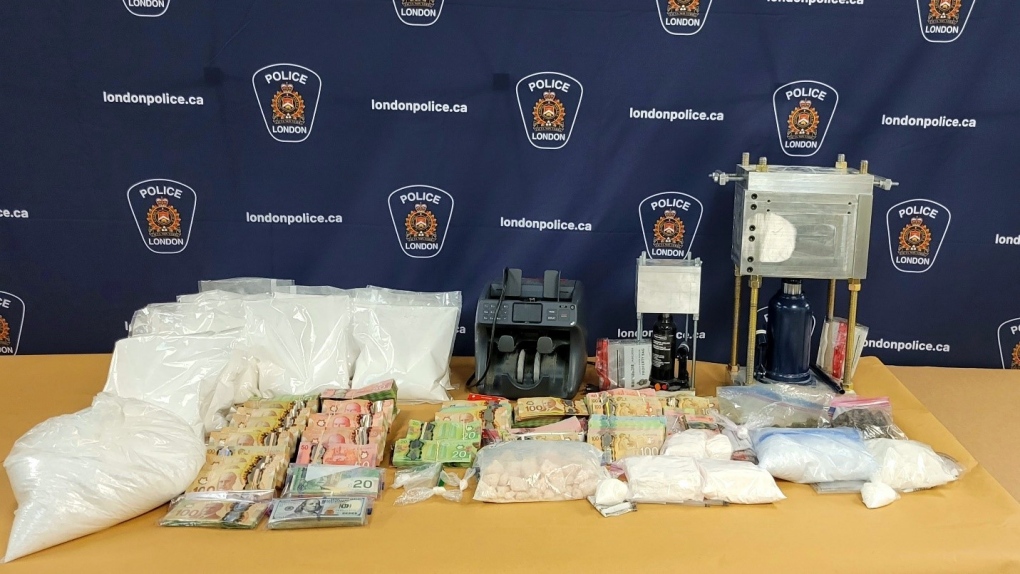 A man from London is facing multiple charges Thursday after police seized more than $400,000 worth of drugs and approximately $300,000 in cash after executing a search warrant, according to police.

According to a press release from the London Police Service (LPS), members of the Guns and Gangs Section, with help from the Emergency Response Unit, Uniformed Division and Canine Unit, executed search warrants on a residence and a vehicle near the intersection of York Street and Ridout Street North Thursday morning.

As a result of the investigation, a 27-year-old man from London has been charged with four counts of possession of a schedule I substance for the purpose of trafficking.

The accused is expected to appear in London court Thursday in relation to the charges.

One scandal too many: British PM Boris Johnson resigns

Prime Minister Boris Johnson announced his resignation Thursday amid a mass revolt by top members of his government, marking an end to three tumultuous years in power in which he brazenly bent and sometimes broke the rules of British politics.

Canada is heading towards a recession, but it will be moderate and short: RBC

Canada is headed towards a moderate recession, but the economic contraction is expected to be short-lived compared to previous recessions, economists with Royal Bank of Canada predict.

A Quebec man who fell and broke his jaw, cheekbone and a bone around his left eye while visiting British Columbia says his surgery was cancelled after he was told his home province “won't pay” for the procedure.

The Commissioner of Canada Elections' office says it has received and is reviewing information related to the allegations raised by the Conservative Party of Canada that now-disqualified leadership contender Patrick Brown's campaign violated federal election financing rules.

Five men are being hailed as heroes by the Ontario Provincial Police after saving a man from a burning vehicle on a Toronto-area highway earlier this week.

As concerns grow that Canada's red-hot real estate market may be starting to cool, one real estate agent in Toronto says that some homeowners in the city are becoming increasingly 'desperate to sell right now.'